Elevated blood pressure—including levels that don’t yet meet the definition of hypertension—is associated with a “substantially greater” risk of a heart attack among people living with HIV, compared with HIV-negative controls, according to a Veterans Health Administration study reported Wednesday, March 7, at the 19th Conference on Retroviruses and Opportunistic Infections in Seattle.

Though much has been reported on lipid abnormalities, arterial inflammation and their connections to the increased risk of heart attacks among people living with HIV, little regarding the role of elevated blood pressure has been highlighted by researchers. Some studies have suggested that higher-than-normal blood pressure isn’t necessarily more common in HIV-positive people, but it’s not clear if those who do have high blood pressure are at an increased risk of a heart attack, compared with people not living with HIV.

The study reported at CROI by Kaku Armah of the University of Pittsburgh Graduate School of Public Health and his colleagues was designed to evaluate the potential associations between systolic blood pressure (SBP; the first, higher number of a reading), diastolic blood pressure (DBP; the second, lower number of the two) and heart attacks in HIV-positive and HIV-negative volunteers participating in the Veterans Aging Cohort Study (VACS).

SBP and DBP classifications included in the analysis were based on an average of three blood pressure readings around the time each person entered the VACS.
After adjusting the data for other known risk factors for heart attacks—age, sex, race and ethnicity, a diabetes diagnosis, lipid levels, statin use, past or present smoking, hepatitis C coinfection, body mass index and kidney disease—HIV infection itself was associated with significant increases the relative risk of a heart attack.

It’s important to note, however, that increases in relative risk may not necessarily translate into a substantial increase in the absolute risk of a heart attack. Relative risk increases may be more meaningful for people with other known risk factors for cardiovascular disease and heart attacks; conversely, they may be less worrisome—but still worthy of discussion with health care providers—for those with few or no other risk factors.

Looking solely at SBP measurements, HIV-positive participants with prehypertension saw their relative risk of a heart attack increase 70 percent. The relative risk more than doubled for those who met the frank hypertension criteria. These risk increases were all statistically significant when compared with the reference population—HIV-negative individuals with normal average SBP readings.

As for SBP readings in the HIV-negative subjects, the only statistically significant difference was a 60 percent increase in the relative risk of a heart attack among those with an SBP of at least 140, either with or without the use of blood pressure medications.

“Systolic and diastolic hypertension are associated with increased acute myocardial infarction [heart attack] risk in [people living with HIV],” Armah summarized. This increased risk, he added, “is present even at prehypertensive levels.”

Treating hypertension in people living with HIV needs to be a priority, Armah concluded, just as aggressive control of high blood pressure is recommended by numerous medical associations for other groups of individuals at risk for heart attacks. “There is also a need to address prehypertension in HIV-positive patients,” he added. “Preventing progression to hypertension, notably through lifestyle medication, is important.” 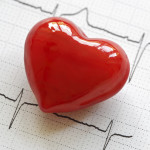 Are People With HIV at Greater Risk for Heart Attacks?