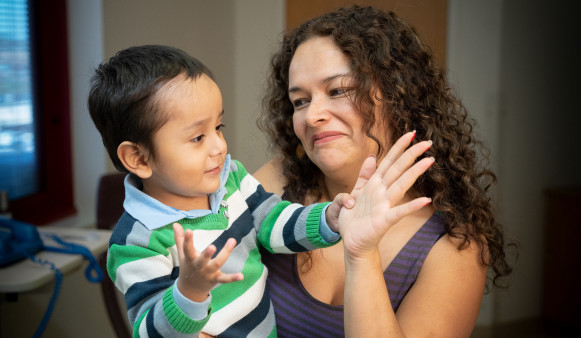 HIV is well known for causing immune deficiency, but in a new twist, researchers have used a disabled form of the virus to deliver gene therapy that successfully treated children with inherited immune system impairment.

Researchers at St. Jude Children’s Research Hospital in Memphis tested the experimental approach in eight infants with severe combined immunodeficiency (SCID)—a condition known as “bubble boy” disease because affected individuals cannot fight off germs and must live in an isolated environment to protect them from deadly infections.

Within months after receiving stem cells repaired with gene therapy, children in a Phase I/II clinical trial had functioning immune systems with working T cells, B cells and natural killer cells, according to a recent report in The New England Journal of Medicine.

SCID-X1 is a rare, life-threatening genetic disorder occurring in about 1 in 200,000 infants. It is caused by a mutation in the IL2RG (interleukin-2 receptor subunit gamma) gene, which produces a piece of several interleukin proteins required for normal immune function. Without treatment, children born with the condition usually die at a young age. The best treatment is a bone marrow stem cell transplant from a genetically matched sibling, but most affected children don’t have a suitable donor.

Ewelina Mamcarz, MD, and colleagues used inactivated HIV to carry normal IL2RG DNA into hematopoietic (blood-forming) stem cells, which give rise to all immune cells. Lentiviruses like HIV make good vectors for gene therapy because they can integrate themselves into host cell chromosomes—which is what makes HIV so difficult to cure.

This study included eight infants treated at St. Jude Hospital or UCSF Benioff Children’s Hospital in San Francisco. After bone marrow samples were collected, the children were treated with a conditioning regimen using a low dose of the chemotherapy drug busulfan to make room in the bone marrow for reintroduction of the engineered stem cells.

Within three to four months after infusion of the genetically altered stem cells, seven of the children reached normal levels of T cells and natural killer cells and began producing functional B cells, which produce antibodies. The remaining child responded after a second booster infusion. Seven children reached normal IgM antibody levels and four no longer needed antibody replacement therapy. Three of these children were able to mount responses to vaccines, showing that their new immune cells could recognize and respond to invaders.

All the children cleared preexisting infections, most were able to leave the hospital with a month, none have developed new severe infections since receiving the gene therapy and they are growing normally, the researchers reported. The treatment appears to be long-lasting, with the longest follow-up exceeding two years.

The researchers added that the treatment was generally safe, with no unexpected side effects, and the low-dose chemotherapy regimen was well tolerated. Importantly, the viral vector used in this study included “insulators” to block activation of adjacent genes. In some prior studies, less precise gene therapy vectors have activated nearby oncogenes (cancer-causing genes), leading to the development of leukemia, but that has not been observed in this study.

“These patients are toddlers now, who are responding to vaccinations and have immune systems [that] make all immune cells they need for protection from infections as they explore the world and live normal lives. This is a first for patients with SCID-X1,” Mamcarz said in a St. Jude press release.

With further research, a similar approach might be used to cure sickle cell disease and other blood disorders. The biopharmaceutical company Mustang Bio is developing the lentivirus gene therapy technique for commercial use.

Click here for the St. Jude press release about the study.