At the XVII International AIDS Conference in Mexico City, David Evanstalks with Andrew Carr, MD, Professor of Medicine at the University ofNew South Wales in Sydney, Australia, who shares his views on thefuture of HIV treatment and what’s in the pipeline for people with HIVwho’ve been on many treatment regimens. Click here to view the video.

David Evans: Welcome, I’m here with Doctor Andrew Carr, who is a Professor of Medicine at the University of New South Wales in Sidney, Australia.

Welcome, Dr. Carr. I know that the guidelines across the world not long ago changed to, in terms of starting HIV treatment, from a threshold of 200 CD4 cells to 350 CD4 cells. Now, there are some little rumblings that we might even be starting earlier. What can you tell me about that?

Andrew Carr: Well, There’s been some progress in the last year to 18 months that earlier treatment may be associated with benefits beyond the benefits associated with the prevention of AIDS—so the classical AIDS defining conditions whether that be opportunistic infections or cancer or the neuro-cognitive problems and both the data from the SMART study suggested that giving up treatment meant increasing the risk of cardiovascular, renal and other diseases and there’s some large cohort data suggesting that people who have never been treated with CD4 above 500, that even they may be at higher risk for these non-AIDS diseases such as cardiovascular and renal disease.

Now why that should be is anyone’s guess. Are there particular subgroups above 350 or above 500 cells that are particularly at risk for these sorts of illnesses? The traditional risk factors for these diseases do apply, so if you have Hepatitis C, you have a higher risk of liver disease. If you’re a smoker, you have a higher risk of lung cancer and of cardiovascular disease. But what is it about untreated HIV that makes all these diseases seem to be more of a problem? And I do, say seem because it’s not definite at this stage. We don’t know what it is about HIV. We don’t know whether treatment A or treatment B is better for prevention of these non-AIDS illnesses, in fact, we don’t have definitive proof that early treatment does prevent these illnesses.  So, the START study will commence probably in 2009--early 2009, and over maybe a five to a seven year period, we will see evidence whether treating someone above 500 CD4 cells or waiting until 350 cells prevents these non-AIDS illnesses. The cohort evidence would suggest between these 350 and 500 cells most illnesses are going to be these non-AIDS illnesses and that successful treatment, and that’s from a virologic perspective, we now have effective treatments in the developed world, so if you go on treatment and take them you should get rid of the AIDS illnesses and you should be left with the prevention of non-AIDS illnesses.

DE: Sure. One of the hypothesis that I’ve read and heard has to do with inflammation and I think a lot of people don’t realize that the immune system is intimately connected with so much of the rest of our body and our body systems so how might inflammation be causing some of these non-AIDS illnesses or do we even know that it is inflammation?

AC: I think inflammation is…I don’t wan’t to be cynical, it is a convenient answer. Is it the right answer? I don’t know. I think its unlikely that the mechanism by which HIV might accelerate these other diseases is going to be the same for each of those diseases. Cardiovascular disease is an inflammatory disease. The cardiologists for decades thought it was all about cholesterol and as a card carrying immunologist I’m pleased to see that in the 80s and 90s they put aside that prejudice and now appreciate that the disease is an inflammatory disease.

Our bodies are bombarded with pathogens and antigens all the time. Why should it be…so, our immune system is chronically being activated. Why HIV might have this particular effect is it because it is a chronic system-wide activation whereas, with most infections they come and they go? We don’t know.

DE: You know in terms of the possibility of time spent off of antiretroviral treatment, you know the preventative vaccine field has had some big set backs and is going back to the drawing board and to a lot of basic science to answer certain questions. Is the possibility for a therapeutic vaccine for people that are HIV positive also sort of set back equally or hard to say?

AC: I think the possibilities of a therapeutic vaccine are always going to lag behind a preventative vaccine. We don’t have a therapeutic vaccine for any disease. We’ve never cured a virus infection before either. I have no concept of what time frame we are going to take to get a preventative vaccine that really works. At the moment, it seems like the best prevention is antiretroviral therapy and circumcision and everything else lags way, way behind.

DE: In terms of the drug treatment pipeline, we had a really fortuitous experience this last year of having three drugs approved, which has kind of revolutionized treating people that are very heavily treatment experienced. I’m wondering what does the pipeline look like next?

AC: Well, the last time we had a great year like this is probably 1997, and you’re right that last year was a great year, not only because we had quite a few new drugs approved but they were in new classes. So what’s the chance that that’s going to happen again in a hurry? You know I’ll be in my dotage …. It will be years away.  The pipeline looks a little lean.  I think what we are more likely to see, you know, is the second generation of compounds within the new drug classes. So, we’ll see new integrase inhibitors and new entry inhibitors, rather than new drug classes.

DE: And the reason I ask that is because while there are many people who have struggled for years to achieve an undetectable viral load, who now have done so, there are already a few people that are now resistant to raltegravir and to the other drugs and need something next, you know, so there’s nothing really on the immediate horizon, you know, is there?

AC: No, I think probably the only new drug class that’s sort of very gradually moving through the pipeline would be the maturation inhibitors-what will happen here is, you know, it certainly has had a slow and checkered progress and we’ll see if it gets to market, but I really don’t know.

DE: Last question, I’m wondering are we ready for a resurgence in more immunologic research to sort of take us to the next level in treatments?

AC: If you’re sort of wondering whether we are going to get to immune-base treatment of HIV? Imnonotherapy so far has been very nonspecific –it’s like surgery right?
And we would need much more targeted immune treatment so maybe you know the future will hold more for monoclonal antibodies than it would for treatments like Interleukin-2.

DE: Sure. Great. Well, any parting thoughts about the conference this year? Any impressions?

AC: Well, as usual it’s noisy. It’s very colorful. It’s a bit lean on science this year. A lot of the focus—some of the clinical focus of the meeting relates to the negative data around abacavir. Is this the beginning of the end of abacavir? I don’t know. There are some compelling negative data against it. We’ll see more in the late-breaker session tomorrow. I think we will all need to go away and collect our thoughts and get a bit of perspective on the data and it will be some time before we really know.

DE: Well, thank you so much for taking the time.

AC: Thank you very much. 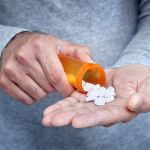 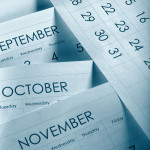