A new female condom, FC2, is now available in the United States.

A new female condom, FC2, is now available in the United States. Like the older FC1, this prophylactic is inserted into the vagina. Female Health Company (FHC), which makes both, says FC2 costs less and is less noisy during intercourse than its older sister.

Some people say female condoms are rarely used in the states. But we know different—because we listen to you. Here’s how POZ readers—both women (for whom it’s approved) and men—review the original FC1. (If you try FC2, tell us how it measures up.)

THE WOMEN SAY:
“[My partner] enjoyed the sensations better [with FC1] than with the male condom. But the semihard ring that inserts into the vagina pinched and made me bleed.” “I like the female condom. But that ring prevents oral sex, and it’s kind of uncomfortable using a dental dam [at the same time].”  “[FC1] was okay except that it produced a sound at the peak of the act that did not please me or my partner.” 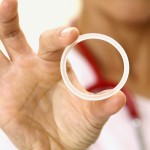 Do HIV-Preventing Microbicides Have a Future in the Age of PrEP? 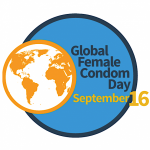 An Olympic Record: 450,000 Condoms to Be Supplied at Rio Games