HIV-positive liver transplant recipients are just as likely to be alive both one and five years after a transplant as HIV-negative patients, according to a study presented this week at the 44th Annual Meeting of the European Association for the Study of the Liver (EASL) in Copenhagen, and reported by ScienceDaily.

After combination antiretroviral (ARV) therapy was proved to significantly improve survival in people living with HIV, advocates began urging transplant centers to allow HIV-positive people to receive organ transplants. HIV-positive people have now been receiving liver transplants for a number of years, but longer-term survival rates have not been fully known.

To determine long-term survival following a liver transplant, Kosh Agarwal, MD, from the Institute of Liver Studies at Kings College Hospital in London, and his colleagues examined the medical records of 6,315 HIV-negative and HIV-positive adults who received their first liver transplant between 1994 and 2008. The patients included people infected with hepatitis B virus (HBV) and hepatitis C virus (HCV).

“These study results are valuable confirmation that selected HIV-positive patients are as suitable candidates for liver transplant as HIV-negative patients and should have similar access to treatment,” Agarwal said. Moreover, he encouraged providers to be more aggressive in treating HCV right after a transplant in HIV-positive people with HCV and to possibly explore some of the new experimental HCV treatments now in studies.

What are the complications of fatty liver disease? 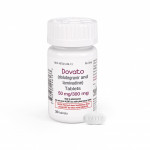