This finding could potentially offer a way to blunt Zika’s devastating impact.

Researchers at the Lewis Katz School of Medicine at Temple University have found that an antiretroviral (ARV) drug used to treat HIV, Edurant (rilpivirine), suppresses the Zika virus.

The investigators published their findings in Molecular Therapy.

“HIV and Zika virus are distinct types of RNA viruses,” said Kamel Khalil, PhD, one of the researchers at Temple, in a press release, meaning the viruses carry their genetic code in single-stranded RNA, as opposed to double-stranded DNA.

While HIV infects immune cells, Zika largely infects cells in neural tissues, hijacking their cellular machinery to make new copies. In the most severe cases, Zika can cause the autoimmune disease Guillain-Barré syndrome, which leads to muscle paralysis. Additionally, when women are infected with Zika during pregnancy, their infants may experience neurological developmental delays and develop an abnormally small head, known as microcephaly.

The investigators infected the animals through their footpads to simulate the way humans are infected through mosquito bites.

Typically, a Zika-infected mouse will fall severely ill within about a week and eventually die of the disease. But the Edurant-treated mice survived, leading the investigators to conclude that the ARV inhibited the typical disease course.

The researchers now intend to investigate means of improving the effectiveness of NNRTIs as a way to prevent infection with Zika and other related viruses. 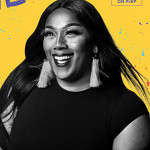