A number of menstrual disorders can occur in women. These can include the cessation of bleeding for greater than three months (amenorrhea), excessive and irregular bleeding (menometrorrhagia) and early menopause. Menopause is the process of age-related changes in hormones that ultimately result in the cessation of menstruation, usually by the time a woman is in her 50s or 60s.

Since the beginning of the HIV epidemic, there have been questions about how the disease affects menstruation and menopause in women. Earlier studies, conducted in the 1990s, offered conflicting pictures. Some studies suggested higher rates of menstrual disorders in HIV-positive women compared with HIV-negative women, whereas others found no difference between the two groups.

More recently, it has been suggested that any differences between HIV-positive and HIV-negative women are most likely to occur because of low CD4 cell counts. Conversely, protease inhibitors have also been shown to cause excessive bleeding in some studies, but this has only been confirmed in people with hemophilia.

What the Guidelines Say

The new guidelines recommend that providers thoroughly document their female patients’ complete menstrual histories and assess them for opportunistic infections, sexually transmitted infections (STIs), substance use and the use of both HIV and non-HIV medications.

Women experiencing abnormal bleeding are advised to work with their providers to determine the cause of the menstrual disorder. Some common sources of menstrual disorders include: pregnancies occurring outside the womb (ectopic pregnancy), ovarian cysts, certain types of cancers, STIs, chronic diseases (such as diabetes) and certain types of medications, including hormone therapies and antipsychotics.

Lastly, women with vaginal pain, pregnancy and pain, or life signs (such as pulse, body temperature and respiration) indicating bleeding are advised to receive an emergency evaluation. 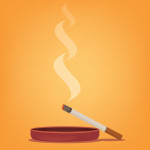 After Clinicians Advise HIV-Positive Smokers to Quit Cigarettes, Few Do So