A new study has found that 75 percent of new hepatitis C virus (HCV) infections in HIV-positive men occurred in those with no history of injection drug use (IDU), mirroring other studies documenting a rise in cases of HCV infection in men who have sex with men (MSM) in Western Europe, Australia and urban cities in the United States. The study, published online January 31 in the journal Clinical Infectious Diseases, prompted the researchers to echo the conclusion of other cohort findings by recommending more frequent testing for HCV antibodies in those with high-risk practices, such as MSM who practice anal sex without condoms.

Because of shared transmission routes, up to 30 percent of people with HIV in the United States also have chronic HCV infection. Chronic liver disease is a leading cause of death in people with HIV, and people coinfected with both HIV and HCV are also at a higher risk of death from a number of non-liver-related diseases, including kidney disease.

To further explore the occurrence of HCV infection in people already infected with HIV, Lynn Taylor, MD, of Brown University in Providence, Rhode Island, and her colleagues examined data from the 4,000-plus-person ALLRT study.

Taylor and her colleagues focused their analysis on 1,830 HIV-positive men who had at least one previous negative HCV antibody test and at least one subsequent HCV test. Most of the participants were older than 40, just over half were white, and most had attended college. Six percent of those in the study reported current or previous IDU. Ninety-four percent were taking ARVs during the course of the analysis. The average time lapse between the first and a subsequent HCV test was 2.5 years, with nearly half going at least three years between tests.

The rate of new HCV infections was relatively low—36 cases over an average three-plus year follow-up. However, 75 percent of the infections occurred in men who had no previous or current history of IDU. New infections were most common in white participants and those with an HIV viral load over 400 copies. The authors state that the link between a detectable viral load and HCV infection could be a result of non-adherence to medications, as many of the behaviors associated with non-adherence to HIV drugs are the same as those leading to HCV infection.

The study authors did not have access to information on the participants’ sexual risk behaviors, thus they couldn’t draw their own conclusions about sexual risk factors. They noted, however, that participants’ ages and other characteristics match very closely with other studies that found new HCV infections almost solely in HIV-positive MSM. In those studies, barebacking, coinfection with syphilis, and sex that is traumatic to the anus were highly associated with HCV infection in those with no IDU history.

The authors support access to at least semi-regular HCV testing in people with HIV, regardless of a person’s perceived HCV risk. Regular screening is crucial for two reasons. First, many who develop chronic HCV infections do not exhibit symptoms until they are quite ill years later. Second, when people are able to catch their HCV infection early—within a few weeks or months after exposure—HCV treatment is far more likely to work. Taylor and her coauthors further conclude that the data from their study support guidelines from the European AIDS Clinical Society and the New York State Department of Health AIDS Institute—both of which recommend yearly HCV screening in high-risk individuals. 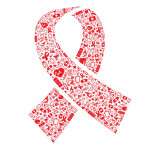 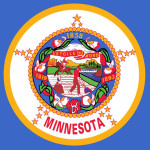