Mother Nature creates compounds that might end up in new HIV therapies. We have our sights on these four:

Chasing HIV around the black walnut tree
In October, we told you to bone up on the terms “HIV sanctuary” and “HIV reservoir” because a future treatment strategy involves luring HIV from its hiding places so that it can be attacked and—fingers crossed—eradicated from your body. Now comes news of a compound that might be able to do just that. The substance, code named “5HN,” derives from the black walnut tree. Many research steps remain before we’ll know whether 5HN will, ahem, bear fruit for HIV treatment.

The method that found the compound also merits notice. Scientists at Johns Hopkins University in Baltimore have developed a way to identify drugs capable of coaxing latent HIV out of the immune cells in which it takes shelter. So far, the new method does this without activating other immune cells, over-stimulating the immune system and causing other health problems. That sort of overstimulation has been the downfall of other virus-luring strategies, so the Hopkins tactic has us hoping for further growth in this line of research. Let’s knock on wood. (Get details by clicking here.)

Sprouting a new class of meds—herbally
A Taiwanese herb gives us a brand new drug in a brand new class. Bevirimat, a maturation inhibitor, started life as Syzygium claviflorum, a tree with medicinal properties. Bevirimat has climbed to Phase II of clinical trials. You’ve read about it here before, and you can read more by searching “bevirimat” at poz.com.

Slaying the dragon of diarrhea
Crofelemer (CRO-HIV for short) might alleviate the chronic diarrhea that HIV meds cause in some people—and it’s in Phase III trials. This therapy stems from the bark of a medicinal South American tree, Croton lechleri—also known as sangre de grado, or dragon’s blood (because it oozes and looks bloody when chopped). According to the manufacturer, Napo Pharmaceuticals, the drug works locally in the gastric tract, curbing secretions and thus slowing diarrhea. Crofelemer is also being studied to treat irritable bowel disease, infectious diarrhea and pediatric diarrhea.
Using sea coral to corral neuropathy
An extract of sea coral quells nerve inflammation and pain, according to a biochemical analysis performed on the cells of mice and reported last August in the British Journal of Pharmacology. Study author Wen Zhi-Hong, PhD, told POZ that researchers think the substance—capnellene, taken from a soft coral called Capnella imbricata—will alleviate HIV neuropathy. The coral compound is in very early stages of development. But with peripheral neuropathy continuing to cause numbness and painful tingling in the feet and hands of many people who have lived with HIV for a long time, an effective remedy would represent a sea change.

People With HIV May Fare Better With Inflammatory Bowel Disease 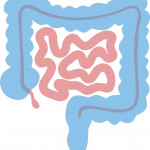 My friends do colon cleansing and coffee enemas. Is this healthy? 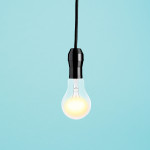