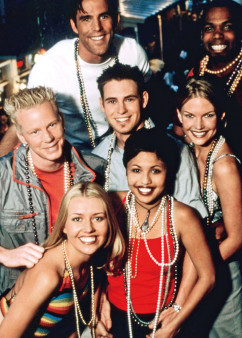 The 2000 cast of MTV’s The Real World: New Orleans Courtesy of MTV

HIV in The Real World

In the summer of 2000, Danny Roberts became a breakout star in MTV’s reality show The Real World: New Orleans. With cameras rolling, the newly out heartthrob championed LGBTQ equality as he dated an Army captain whose identity couldn’t be revealed because of the military’s “Don’t Ask, Don’t Tell” policy.

Fast-forward 22 years. That discriminatory policy has ended, same-sex marriage is legal and Roberts has joined his castmates for The Real World Homecoming: New Orleans (on Paramount+). And one more thing: Roberts, now 44, has been living with HIV for over a decade.

“It was really challenging to realize how much of the world, including gay men, still have enormous amounts of negative bias toward anyone who is positive,” Roberts told GLAAD’s Anthony Ramos in a POZ feature. “It still comes loaded with all sorts of judgment and preconceived notions. And I just thought, Well, here’s the next chapter of my life where the universe has presented a challenge to me that I want to own and be vocal about so that hopefully other people live in a little less pain.” 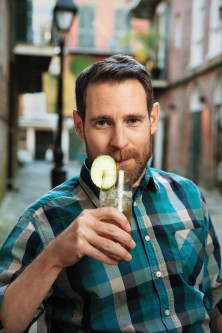 Although he has been living in Manhattan and Vermont, working as a tech recruiter and helping raise his 6-year-old daughter with his ex-husband, Roberts is originally from Georgia.

The South experiences a disproportionate burden of HIV. For example, the nine states in the Deep South comprised 29% of the U.S. population in 2019 but accounted for nearly 44% of all new HIV diagnoses that year, with Black, Latino and LGBTQ people disproportionately affected. That means the Deep South has the highest rate of new HIV cases; the region also experiences the highest rate of HIV-related deaths.

Sounds like the perfect time for Roberts and the reality TV spotlight to return to New Orleans and normalize discussions about HIV.