People treated with some of the older versions of a class of HIV drugs known as nucleoside reverse transcriptase inhibitors (NRTIs) were more likely to have signs of premature aging than people with HIV who weren’t treated with those drugs. The authors of this study, reported online June 26 in the journal Nature Genetics, claim that the cellular aging effects they found could help explain why some people with HIV are experiencing age-related diseases earlier than HIV-negative people.

During the past decade, researchers have increasingly found that a host of diseases and conditions typically seen in the elderly are occurring in HIV-positive people at a younger age. These diseases, which range from cardiovascular disease to early bone loss, can be explained at least somewhat by the inflammatory effects of HIV and by co-occurring infections such as hepatitis C virus (HCV). Scientists have also suggested that the drugs used to treat HIV contribute as well, particularly in their direct effects on cholesterol, kidney health and bone health.

Another phenomenon that hasn’t been well researched in people with HIV is senescence, which is the process of aging, or in the case of those with HIV, early aging. As we get older and our cells have subdivided numerous times, the genetic building blocks of cellular mitochondria begin to mutate and break down. When the mitochondria, which serve as the energy centers of cells, become defective, the cells can’t do their jobs properly, and this can lead to weakened immunity, weakened bones and weakened muscles—all classic hallmarks of the aging process.

We know that people with HIV appear to have earlier aging of immune cells than their HIV-negative counterparts, and that chronic HIV replication probably plays a role, but few researchers have explored this area deeply.

To better understand how HIV drugs affect cellular aging, Brendan Payne, MD—from the Institute of Genetic Medicine at Newcastle University, in Newcastle-upon-Tyne in England—and his colleagues examined the cells of muscle tissue from 33 HIV-positive people and compared them with the muscle cells of 10 similar HIV-negative people.

What Payne and his colleagues found in the HIV-positive group was evidence of mitochondrial defects that are commonly seen only in older HIV-negative people—and these defects were most strongly associated with previous use of NRTIs such as Retrovir (zidovudine), Zerit (stavudine) and Videx (didanosine). What’s more, the older the people were when they started taking such NRTIs, and the longer they used the drugs, the more severe the mitrochondrial defects—and the defects persisted long after someone stopped taking the drugs. By contrast, people with HIV who hadn’t taken these drugs appeared to have the same degree of mitochondrial mutations as the HIV-negative participants.

“We believe that these HIV drugs accelerate the rate at which these errors build up,” Payne told the website ScienceDaily. “So over the space of, say, 10 years, a person’s mitochondrial DNA may have accumulated the same amount of errors as a person who has naturally aged 20 or 30 years.”

“What is surprising, though,” he continued, “is that patients who came off the medication many years ago may still be vulnerable to these changes.”

Though it would make sense that the mitochondrial damage Payne and his colleagues found is directly contributing to aging-related problems, we don’t yet know this for sure, so more research is needed. On the other hand, the team is working to find ways to repair the damaged DNA, regardless of the outcome.

In the meantime, Payne’s colleague at Newcastle University, Patrick Chinnery, PhD, recommends that regular exercise might offer significant benefits to people who once used the older NRTIs. Exercise, he explains, appears to help reverse mitochondrial damage in people with other types of mitochondrial diseases. 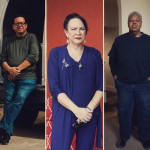 “We Weren’t Expected to Live This Long”