Protests against HIV stigma and for bail reform. Twitter/@actupny

Researchers studied surveys on self-rated internalized HIV stigma and compared those findings with the rate of retention in medical care.

People who experience higher levels of HIV-related stigma are less likely to remain in medical care for the virus, according to a new study of nearly 6,000 people living with the virus, Contagion Live reports.

Catherine Pearson, MD, of the University of California, San Francisco, presented findings from the study in a poster presentation at the 2020 Conference on Retroviruses and Opportunistic Infections in Boston last month.

Pearson and her colleagues studied 5,825 people with HIV who between April 2016 and October 2018 completed assessments of their internalized HIV-related stigma every four to six months during their primary care clinic visits.

Eighty percent of the participants were men, and 32% identified as heterosexual. Forty-one percent were white, 39% were Black and 15% were Latino. The median age was 49 years old.

Included in the survey was a four-item assessment of internalized negative beliefs about people with HIV. The participants rated their reactions to each item on a scale of 1 to 5, from “strongly disagree” to “strongly agree.”

The average stigma score was 1.9. For every increase of one unit on the stigma scale, the likelihood that the participants would keep their next primary care appointment and would keep all appointments within a 12-month period each declined.

“In one of the first multisite, clinic-based studies of stigma in the U.S., internalized HIV stigma had a modest statistically significant independent effect on the likelihood of subsequent appointment attendance,” the study authors concluded. “This is the first study to demonstrate prospectively the effect of stigma on retention in care, thereby providing support for the need to address HIV stigma in efforts to optimize retention in HIV care and virologic control.” 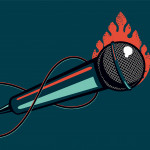