Scientists succeed with new methods of spurring the immune system to manufacture broadly neutralizing antibodies against the virus.

Researchers published a series of five studies in the journals Science, Cell and Immunity that involved testing the efficacy of methods of prompting BNA development in such genetically modified mice. Their method included giving a prime shot with the active ingredient of a vaccine, called an immunogen, along with booster shots to generate two classes of BNAs, known as VRC01 and PGT121.

In the study published in Science, researchers worked with mice engineered to express a lower concentration (compared with levels typical in humans) of VRC01 precursor cells. This low concentration notwithstanding, the researchers successfully primed the mice with an immunogen called eOD-GT8 60mer to develop the immune response that an HIV vaccine should prompt in humans, indicating the immunogen’s considerable power.

In one of the three studies published in Cell, investigators engineered mice to develop precursors to VRC01. Then they primed the animals with the eOD-GT8 60mer immunogen and gave them two boosters of other immunogens. This gave rise to antibodies that were able to neutralize various isolates of HIV. The researchers believe that the boosters succeeded in leading the BNA precursor cells to mutate in the right direction and that additional boosters could help finish the mutation process and lead to fully mature BNAs.

The authors of a similar study published in Cell gave a series of prime shots to mice with an earlier version of the eOD-GT8 60mer immunogen, called eOD-GT6 60mer, and then gave them boosters with different modified proteins of HIV’s outer envelope. This gave rise to antibodies that had properties similar to mature BNAs in mice.

Lastly, researchers published a study in Cell and another in Immunity showing that different prime and booster immunogens could prompt and lead to the complete maturation of a PGT121 BNA in mice that neutralized a diverse array of HIV isolates in another type of research mouse. This research provides the first proof that a series of prime and booster shots based on engineered proteins can produce BNAs against HIV. Additionally, the research represents an important advancement because it suggests a means of prompting the development of BNAs that bind to sugar molecules that help HIV hide from the immune system.

Collectively, these research findings have helped lay the groundwork for a planned Phase I clinical trial in humans of the eOD-GT8 60mer prime immunogen. In future trials, researchers will further develop booster immunogens and test their ability to give rise to BNAs. Additionally, the researchers have been emboldened by these mouse studies to keep developing a PGT121-based vaccine and eventually study it in humans.

To read a press release about the studies, click here.

To read the Cell abstracts, click here and here. 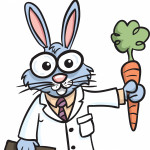