An expert panel has issued new recommendations suggesting that people with HIV might require two to three times the level of vitamin D as their HIV-negative peers. The new guidelines, published online June 6 in The Journal of Clinical Endocrinology & Metabolism, also recommend supplementation of higher doses of vitamin D than another recent government panel.

Vitamin D is essential for proper bone health and as a guard against cardiovascular disease and certain cancers. It is unique among vitamins in that it can be made by the body in response to sunlight but is naturally present in very few foods. Other than sunlight, most people get their vitamin D in the form of fortified milk, fatty fishes or directly through supplements.

A number of recent studies have confirmed that vitamin D deficiency is common in both HIV-negative and HIV-positive people of all ages and all races. People with HIV, however, may be at particularly high risk of having vitamin D deficiency. This may be partly because certain HIV medications appear to lower vitamin D levels, particularly efavirenz (found in Sustiva and Atripla).

The new panel, consisting of experts representing The Endocrine Society, acknowledges that most people are probably not getting enough vitamin D through traditional sources. Regular use of sunscreens with a sun protection factor (SPF) of 30 or higher can reduce vitamin D absorption from sunlight by up to 95 percent. Moreover, today’s sedentary lifestyles means more people spend less time in the sun during the spring and summer, further reducing the opportunity to absorb enough sunlight during these critical seasons.

Other factors add to the problem. Most people living far from the equator aren’t exposed to enough sunlight in the winter months to sustain adequate levels of vitamin D throughout the year. People with dark skin pigmentation have a natural protection from sunlight, so they’re at even higher risk of having vitamin D deficiency. What’s more, the consumption of fortified milk and fatty fish has dropped in recent years overall.

“There needs to be an appreciation that unprotected sun exposure is the major source of vitamin D for both children and adults and that in the absence of sun exposure it is difficult, if not impossible, to obtain an adequate amount of vitamin D from dietary sources without supplementation to satisfy the body’s requirement,” the panel stated.

The new panel recommends that HIV-negative adults ages 19 to 50 receive at least 600 international units (IU) per day of vitamin D to maintain bone and muscle health, and that adults between 50 and 70 receive between 600 and 800 IU. Ideal intake may be as high as 1,500 to 2,000. For adults who are obese or who are HIV positive, the panel recommended that daily intake of vitamin D may need to be up to 6,000 to 10,000 IU per day.

These numbers are higher than those by the Institute of Medicine (IOM), which recently recommended only 400 IU per day for most people. The IOM stated that evidence at the time didn’t support supplementing above that level—and in fact it warned that higher doses could be harmful in some cases.

The authors of these new recommendations acknowledge that excessive vitamin D supplementation can be harmful under limited circumstances and that randomized controlled trials are needed to determine what the highest safe doses may be for various populations. They argue, however, that the evidence pointing to the need for and benefits of supplementation is stronger than what IOM credited.

The Endocrine Society panel did not recommend widespread regular screening for vitamin D deficiency in most people, which they defined as less than 20 nanograms per milligrams (ng/ml) of serum circulating 25-hydroxyvitamin D, or 25(OH)D. The panel did, however, suggest that routine screening may be required for HIV-positive adults who are taking antiretroviral medication and for people who are obese or older than 50. The panel suggest that people found to be vitamin D deficient receive 50,000 IU per week (or 6,000 per day) for eight weeks followed by 1,500 to 2,000 IU per day as maintenance.

Finally, while the panel acknowledged that very high doses of vitamin D need further study, supplementation in the ranges described above offer few downsides and many potential benefits.

“[Randomized controlled trials] that evaluate the effects of vitamin D doses in the range of 2,000–5,000 IU [per day] on non-calcemic health outcomes are desperately needed,” the authors state. They add: “There is no evidence that there is a downside to increasing vitamin D intake in children and adults, except for those who have a chronic granuloma-forming disorder or lymphoma.” 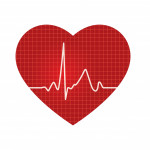