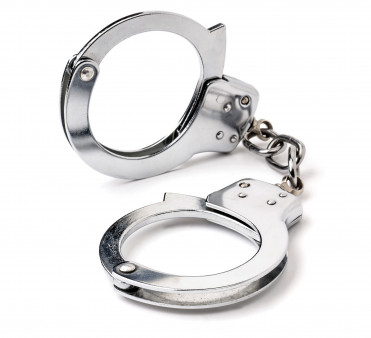 Incarceration and police discrimination are linked to HIV risk in Black gay and bisexual men.

Among Black gay, bisexual and other sexual minority men, having a history of incarceration and having experienced police discrimination are associated with having more risk factors for acquiring HIV.

That’s according to a new study out of Rutgers University that surveyed 1,172 men in this demographic from across the country.

Forty-three percent of the men reported experiencing police discrimination during the previous year. This rate was even higher among those with a history of incarceration. Those who experienced police discrimination were more likely to report behaviors linked to a substantial risk for HIV, a low willingness to take pre-exposure prophylaxis (PrEP) and high levels of psychological distress.

Participants who had been incarcerated or had recently been arrested, compared with those who had no such history, likewise had a higher overall level of HIV risk and a lower willingness to take PrEP.

The study’s authors called for advocacy and interventions aimed at reducing discrimination in the criminal justice system and in society at large.

“Despite experiencing a disproportionate burden of violence and discrimination at the hands of the police and extremely high carceral rates, Black queer men are largely invisible in discourse on anti-Black policing and incarceration,” says study coauthor Joseph Carter, a doctoral student of health psychology at the City University of New York’s Graduate Center. “Our study provides empirical support for the intersectional health impacts of police and carceral discrimination that have been systemically perpetrated onto Black queer men.”