Why Including Women in HIV Research Matters

“We should contribute to the decisions that are made about us.”

In 2012, Elizabeth Glaser Pediatric AIDS Foundation (EGPAF) Ambassador Martha Sichone-Cameron walked into a conference room as a member of the Consumer Advisory Board for an HIV cure research initiative. She very quickly noticed that she was the only woman and woman of color in the room. As she learned more, she discovered that it was not just this one room— women were under-represented at every level of the research initiative, including clinical trials.

“Everybody else [on the board] was gay and white, which was okay, but not okay if the cure is going to be for everybody,” Cameron says. “I became concerned, and frustrated because the investigators were not invested in including women.” 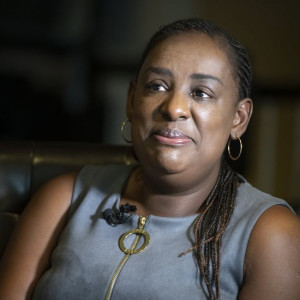 Cameron was born and raised in Zambia. In 2003, after losing family, friends, and community members to AIDS-related illnesses in the early years of the epidemic, she discovered that she, too, was living with HIV. Beyond her decades of years of lived experience, Cameron had an extensive career serving communities of women and children living with HIV in Zambia. After moving to the United States, she’d obtained a master’s degree in public health and was the Director of Prevention at an AIDS service organization in Washington, D.C. She was beyond qualified to serve on this advisory board—but where were the other women at the table, and why were there no women in the clinical trials?

Cameron recalls approaching the lead investigator of the research initiative later and asking why the clinical trials were so lacking in women when there are such unique gendered biological and social factors in developing a successful cure for HIV. The answer she got: “It’s just too hard.”

It would not be the last time that Cameron found she was the only woman living with HIV at the table, nor would it be the last time she heard that it was ‘just too hard’ to include women in advisory boards or in HIV research altogether. Despite accounting for 51% of persons living with HIV8, women represent only 19.2% of participants in HIV antiretroviral drug studies, and just 11.1% in HIV cure research.5

“It [engaging women] has been a battle for the HIV community,” Cameron says.

Why Is It Important to Engage Women Living with HIV in Research?

Resource-rich countries conducted initial HIV treatment research with a focus on gay men, the predominant HIV risk group in those countries. However, the greatest burden of the HIV pandemic has been borne by resource-limited countries, where HIV manifested primarily among heterosexual people, over half them women. 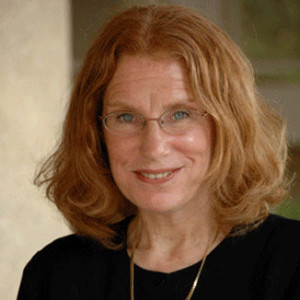 “Globally, if one focuses on young women aged 15-24 years, the risk of acquiring HIV infection is twice that of young men of similar age,” says Lynne Mofenson, MD, senior HIV technical advisor to EGPAF. “This is most pronounced in sub-Saharan Africa, where young women, despite representing just 10% of the population, accounted for 25% of new HIV infections in 2020 compared to 8% in young men8.”

Yet women still only represent a fraction of HIV research participants. This means existing treatment guidelines for HIV-related medications and interventions lack sufficient data on drug dose and safety for more than half of people living with HIV globally, simply because those treatment guidelines were developed for and researched in men.

“It is evident that gender has to be a crucial consideration in medical research for prevention, treatment, and a possible cure for HIV,” Cameron says, “and yet, women continue to be under-represented without a real investment or capacity building for research.”

Pregnant Women Must Be Included in Research

“A large barrier is concern by pharmaceutical companies that women of childbearing age may become pregnant, and the perception that studies in pregnancy are too high risk to conduct until drug licensure is secured,” Mofenson explains. Because of this risk, all women between puberty and menopause were considered too high-risk for research during the first decade of the HIV pandemic and were, therefore, generally excluded from enrolling in clinical trials unless reliable contraception (often requiring dual contraception such as condom plus hormonal contraception) was used.

“It was only in 1993 that the U.S. Department of Health and Human Services determined that women of childbearing potential be included in trials, provided they took precautions against pregnancy and received information about drug risks7,” Cameron says. “The National Institutes of Health (NIH) Revitalization Act mandated that studies receiving NIH funding include women … and stated that ‘women of childbearing potential should not be routinely excluded from participation in clinical research4.’”

“The danger of this approach of exclusion are illustrated by the new ARV [antiretroviral] drugs, including the agent cobicistat, which were approved in 2012,” Mofenson says. Post-marketing studies conducted in pregnant women living with HIV in 2019, seven years after the licensing of those drugs, show that ARV drug regimens including cobicistat have significantly lower concentrations of the ARVs compared to non-pregnant women2. With insufficient dosage, the ARVs may no longer be effective in treating HIV, and in these conditions, called virologic failure, the HIV can replicate and damage the immune system, making the person both more vulnerable to opportunistic infection and more infectious, potentially leading to HIV transmission to the baby. In light of these findings, ARVs boosted by cobicistat are no longer recommended during pregnancy.

This means that for seven years, pregnant were on sub-optimal treatment regimens that could have led to worse health outcomes for both the mother and the baby.

While involving women, including pregnant women, in clinical trials as risks and must be done cautiously, the cumulative effect of researcher after researcher determining that it is just too hard to include women leads to many situations like that of cobicistat. In fact, it generally takes six years after registration of a new antiretroviral drug before the first studies on safety and dosing in pregnancy are conducted2. That is a tremendous gap, during which pregnant women living with HIV and their care providers simply do not have the data to make informed health decisions.

Poverty, Social Inequities, and Health Disparities Must Be Bridged

Even beyond pregnancy considerations, sizeable barriers stand in the way of equitable representation in HIV research for women. Social determinants of health—such as stigma, poverty, medical mistrust, and fear of discrimination—often stand in the way of women who need to access HIV testing and treatment.

Poverty, for example, can be a huge limiting factor for the participation of women in clinical research. “Women living with and at risk for HIV are disproportionately poor, both globally and in the United States,” Cameron explains. “64% of HIV positive women in care in the U.S. have annual incomes below $10,000 compared to 41% of HIV-positive men.7”

Women living with HIV report experiencing livelihood insecurity as a result of abandonment, widowhood, loss of work or income as a result of workplace stigma and discrimination, mentally or physically ill health, intimate partner violence, and negative treatment side-effects. Economic dependence can force women to remain in violent relationships and deter them from accessing treatment and can thus have a negative impact on the wellbeing of women living with HIV. Competing priorities for women, which include childcare, home responsibilities, and shift work, often make enrollment in trials difficult.

Treatment access barriers facing women in fragile and conflict situations are also severely under-researched. Ending AIDS involves listening to all women’s experiences and translating this knowledge into solutions that leave no woman behind. To overcome the barriers to the participation of women living with HIV in clinical research, healthcare professionals and researchers should increase women’s research literacy by involving them in the study design and by tailoring clinical trials to their social and health considerations. Trust in professionals is a facilitator of enrolment of women living with HIV that is critical.6

“I think it’s really important that if we’re going to bring this epidemic to an end, to meaningfully engage people living with HIV in all aspects of HIV research, policymaking as well as programs,” Cameroon says. “We are the experts in our own care. We are the experts in our HIV, and I think we should contribute to the decisions that are made about us.”

How to Move Forward

“A number of national and global groups have come together in the last [decade] to advocate for inclusion of pregnant women in clinical trials,” Mofenson says. For example, recently the World Health Organization (WHO) and International Maternal Pediatric Adolescent AIDS Trials (IMPAACT) group convened stakeholders to develop specific approaches to accelerate and enhance the ability to more efficiently conduct ethical and timely research during pregnancy on new HIV treatment and prevention agents. EGPAF is a member of this working group, along with other groups that advocate for studies in women.

Despite the tremendous efforts and progress over the past 30 years, we are still a long way from having sufficient evidence around many HIV interventions for women, given their unique and diverse biological and social contexts.

“We need to continue to advocate for women being included and involved in research,” Cameron says. “Researchers have to remember that they may be interacting with communities that have [harmful] historical and social context with academic institutions and people."

“To that end here are the three key terms I have for researchers looking to engage people living with HIV and Women in research: cultural competency, cultural humility, and reflexivity.”

Martha Cameron is not giving up.

“We just have got to be the sounding gong for those of us that can’t speak, because there are so many people out there that are afraid to speak,” Martha says. “So, we have a responsibility go out there, be the Black HIV positive woman that talks, you know, on behalf of others. And it’s an honor—but it’s a big responsibility.”

A number of national and global groups have come together in the last few years to advocate for inclusion of pregnant women in clinical trials.

EGPAF has been a member of all these working groups to advocate for studies in pregnancy.

Thanks to Martha Cameron and Lynne Mofenson for sharing their time for interviews and questions.