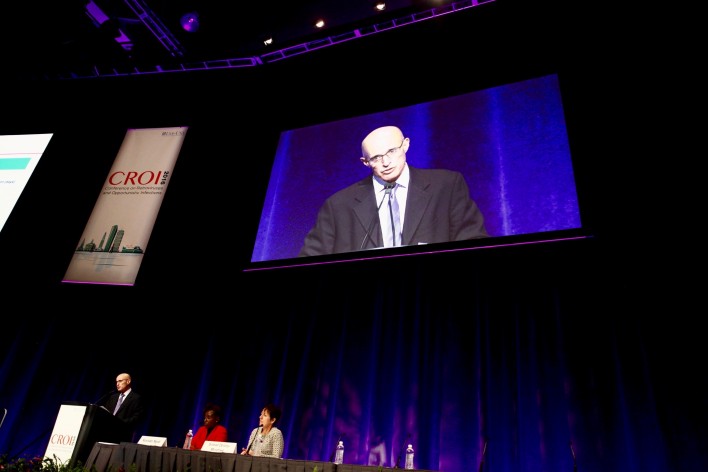 A long-acting injectable version of the investigative antiretroviral cabotegravir as pre-exposure prophylaxis (PrEP) against HIV proved safe among most participants in an early trial, setting the stage for research of injections of the drug given every eight weeks. The Phase IIa, randomized, multicenter, double-blinded ÉCLAIR study included 127 healthy males who were not at high risk of HIV at their initial study screening visit.

The objective of the study was to evaluate the safety and tolerability of long-acting cabotegravir, how the body processes the drug, and individuals’ satisfaction with an injectable, as opposed to oral, version of PrEP.

The participants were randomized five-to-one to take an oral tablet version of the investigative next-generation integrase strand transfer inhibitor cabotegravir (30 milligrams) or an oral tablet placebo once daily for four weeks. Participants were then assessed for safety, and those who were eligible to continue to the next phase of the study received injections in the gluteal (buttocks) muscle of 800 mg of long-acting cabotegravir or a sterile saline placebo. They received these injections three times, with each injection spaced 12 weeks apart.

Out of the 127 participants who were randomized, 83 percent were men who have sex with men (MSM), 31 percent were African-American, and 15 percent were Latino. A total of 126 of them were treated, including 105 who received cabotegravir and 21 who received the placebo.

A total of 6.7 percent of participants (7 of 105) quit the trial because of adverse health problems during the oral drug phase, including three individuals experiencing increasing blood creatine phosphokinase, and one individual who experienced fatigue. During the injection phase, a respective 93 percent (87 of 94) and 95 percent (20 of 21) of those receiving long-acting cabotegravir and the placebo completed all three injections. Four percent (4 of 94) of those receiving long-acting cabotegravir withdrew from the study because of intolerance of the injections. One participant in the placebo group contracted HIV and withdrew from the study.

Ultimately, 74 percent (67 of 91) of the participants said they preferred the injections to daily oral PrEP.

Questioned at about whether it was feasible to reduce the injection frequency to only every eight weeks if the injections hurt for four or five days afterward, Markowitz referred to the high rate of expressed preference for injections among the participants. He underlined the need for options where PrEP are concerned, and that “one size does not fit all” for people seeking to reduce their risk for HIV with the use of medications.

To read a press release on the study, click here.