The War Is Not Over, Just Ask Our AIDS Veterans

The CEO of GMHC urges us not to forget long-term survivors.

Twitter
Facebook
Pinterest
Tumblr
Email
Advertisement
How do you win a war when the people who are supposed to be fighting it have become complacent? While an HIV diagnosis may no longer be a death sentence, there are still 50,000 new HIV infections in the United States every year -- and it will stay this way unless we actively stop it.

Unfortunately, the current reality is that the majority of New Yorkers -- straight or gay -- who should be leading the fight to stop the spread of this terrible disease are not actively engaged in ending this epidemic. This is particularly problematic when you consider that there is an entire older generation of New Yorkers who not only survived HIV and AIDS through the worst years, but are still out there on the battlefield to fight it today.

It’s hard to imagine that there was a time when New Yorkers could not afford to be complacent about HIV and AIDS. That’s because men and women around them were dying everyday. The fact that the majority of us can presently live without the fear of death hanging over us -- that we can plan a future without necessarily worrying about HIV and AIDS -- is a direct result of the relentless attitude long-time HIV survivors have towards building an HIV-free future for decades. They’re more than survivors -- they’re our veterans. And they’re still here to win the war against HIV and AIDS.

Recently, Gay Men’s Health Crisis (GMHC) hosted a two-hour long discussion for AIDS veterans in New York City that was sobering and humbling -- anything but complacent. Bluntly titled We Aren’t Dead Yet! What Do We Do Now?, the discussion brought together over 75 HIV-positive and HIV-negative veterans -- including Jim Albaugh, Jim Eigo, Kevin Oree and Judith Rabkin, with Perry Halkitis, author of The AIDS Generation: Stories of Survival and Resilience, serving as moderator.

Who remembers the darkest days of the HIV and AIDS war more vividly than the veterans who were forced to endure it? Brave men and women came together to stare death in the eye and stand up against a government and health care system that was ignoring a public demand for their help. Many of these veterans never planned to live -- but that did not stop them from waking up every morning to fight. They felt like they had no choice but to raise their voices, care for those who were sick, and advocate for affordable access to the HIV-prevention tools that we now have today.

As one of our veterans Kevin Oree shared almost in half-disbelief, "When I was diagnosed with HIV at 19-years old, I didn’t think I would live past 25. Now I am 48." Hearing from our AIDS veterans is a stark reminder that the epidemic may have started over thirty years ago, but it is still not over yet.

Our AIDS veterans have never been complacent in the war against HIV and AIDS. One of the biggest fears they’ve voiced is that the lack of current community support and engagement--on top of overwhelming shame and stigma -- could mean missing our moment to eliminate the HIV and AIDS epidemic, once and for all.

It’s true that New York is on the brink of ending the HIV/AIDS epidemic. You’ve likely heard about two life-saving medications -- pre-exposure prophylaxis (PrEP) and post-exposure prophylaxis (PEP) -- which are welcomed new tools in preventing HIV. When taken as prescribed, PrEP is over 90 percent effective in preventing HIV infections in healthy individuals. GMHC has another crucial ally in ending the epidemic, Governor Andrew Cuomo. No other state has a Governor who is committed to the widespread adoption of PrEP. Governor Cuomo’s commitment is one of the keys to ending the HIV and AIDS epidemic in New York State by 2020, by bringing new infections to below 730 a year. While there is still no cure for HIV/AIDS, we need more New Yorkers to come out of the closet about how they’re using PrEP and PEP to stay healthy, which could reduce stigma and bring us much closer to winning this fight.

The panel discussion shows we have so much more to learn from our AIDS veterans. A war requires its fighters to activate, educate, coordinate -- and most of all, count on each other to build a sustainable base of strong support. Today, we finally have real tools -- or weapons -- to end what they began.

Let’s replace current complacency with concrete action. Let’s choose not to forget that our AIDS veterans stormed their streets, hosted sit-ins and screamed at the top of their lungs while living on the brink of death to spur change.

They started this fight. Now it’s our turn to defeat HIV and AIDS and end this epidemic.
Kelsey Louie is CEO of GMHC. This article originally was published on The Huffington Post. 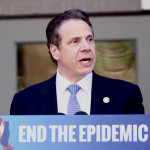 New York State Is on Track to End AIDS by 2020, Says Governor 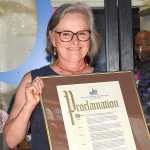 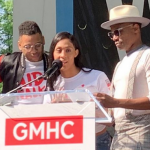