Why Are Kids With HIV at Greater Risk of Getting and Dying of TB?

Global research teams from three U.S. universities explore this HIV-tuberculosis link, thanks to a $6.2 million grant.

About 2 million children are living with HIV across the globe, and their HIV status means they’re much more likely to contract tuberculosis (TB). In fact, about 40,000 children living with the virus die of TB annually. But why are kids with HIV more susceptible to the bacteria that causes TB, and what’s their best defense against the bacterial infection?

A five-year $6.2 million grant from the National Institute of Allergy and Infectious Diseases will fund a team of researchers from three U.S. universities studying HIV-TB coinfection among children, according to a press release from the University of Pittsburgh, where one of the research teams is based. The other two are the University of Wisconsin-Madison and the University of Hawaii at Manoa. 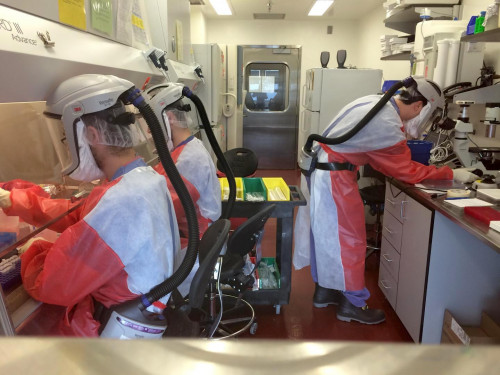 “Kids are not small adults. They have distinct immune responses. You can’t necessarily extrapolate results from adults to kids,” said principal investigator Charles Scanga, PhD, of Pitt School of Medicine in the release. “Our first goal is to check whether we see in kids what we have already shown in adults—in a model of kids who may go many months or years without being diagnosed, which is the unfortunate clinical reality in underserved parts of the world.”

The grant will fund experiments in adolescent monkeys. The next phase will involve checking to see whether their findings also hold true for children living with HIV in Myanmar, which sees high rates of both HIV and TB.

Another aspect of the research involves exploring whether a cancer immunotherapy drug, a PD-1 blocker, can help prevent the TB bacteria from infiltrating the lungs.

“It’s amazing to me how the interventions for people living with HIV are merging with those used to treat cancer,” said Shelby O’Connor, PhD, from the University of Wisconsin-Madison. “While the diseases are quite different, there also are many similarities in how an affected person responds to each disease.”