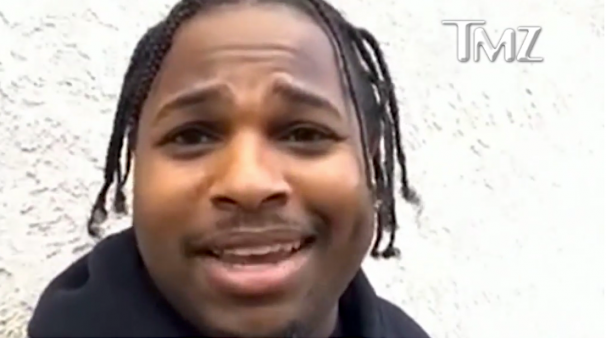 Proposed California bill makes intentionally transmitting HIV a misdemeanor instead of a felony.

One might expect someone whose celebrity father died of AIDS-related illness to have a more nuanced viewpoint of laws that criminalize HIV. But Lil Eazy-E offered some blunt and controversial views about the subject in a TMZ interview.

He was discussing a California bill introduced last month that would make intentionally transmitting infectious and communicable diseases, including HIV, a misdemeanor instead of a felony.

“If you ask me, I think it’s population control,” said Lil Eazy-E, whose father, rapper Eazy-E, died in 1995 of AIDS-related causes and was recently portrayed in the film Straight Outta Compton.

Lil Eazy didn’t expand on that opinion but instead added that there should be consequences for HIV-positive people who have unprotected sex without first disclosing their status. He compared such people to “a dude walking around with a loaded pistol” or a “girl with a secret weapon that [could] sit there and destroy the whole state.”

He continued: “You could have a vendetta, like a female wanting to get back at a group of individuals, knowing that she’s infected, could go, ‘Hey, I’m going to mess the whole football team up.’ You know, you’ve got to have some consequences to that stuff.”

Lil Eazy, whose Wikipedia page describes him as a musician and HIV activist, said the current HIV laws should not be reformed.

“My father’s situation was a whole lot different,” he also told TMZ. “That was a different era. They probably didn’t have a full understanding of how serious this virus was.… Nowadays, it’s just crazy.”

To learn more about HIV criminalization, read a collection of POZ articles on this Hot Topic here.