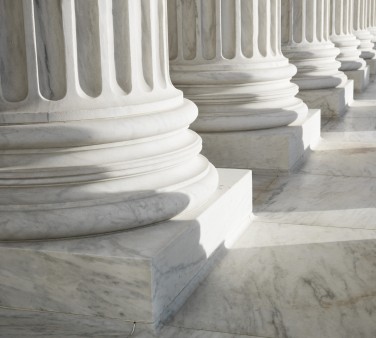 An appeals court says the woman can sue for defamation. Here’s why.

Brooklyn model Avril Nolan can sue a New York state agency for using a stock photo of her in an HIV ad, reports The New York Post. The reasoning, in part, is that people with HIV are stigmatized and considered “loathsome” by a “significant segment of society.”

The campaign ran in 2013. In it, Nolan’s photo appears next to text reading: “I am positive (+)” and “I have rights.” In real life, Nolan does not have HIV, and her license agreement had stated her image couldn’t be used in an “unflattering or controversial” campaign. In the suit, Nolan said she was upset that “relatives, potential romantic partners and clients” would see the ads.

In 2015, Nolan planned to sue the Division of Human Rights (DHR), which created the HIV ad, for $1.5 million. At that time, the Court of Claims ruled that she could sue, but the DHR appealed, stating, “HIV is no longer a shameful condition.”

As the Post reports this week, the appeals court rejected the DHR line of thinking. “The very fact that DRH highlighted the need for people with AIDS to not feel stigmatized is recognition that they do,” said Judge Angela Mazzarelli. She clarified that this ruling doesn’t imply that HIV or other diseases are in fact loathsome but that large parts of society have been slow to understand the rights of people with HIV.

When POZ wrote about the 2015 court ruling, readers offered an array of comments, including: