A clinical trial compared injectable cabotegravir given every eight weeks versus daily Truvada for HIV prevention.

A major clinical trial found that injections of long-acting cabotegravir given every eight weeks resulted in nearly 70% fewer new cases of HIV than daily Truvada pills taken as a pre-exposure prophylaxis (PrEP).

The trial compared ViiV Healthcare’s long-acting injectable with the daily tablet Truvada (tenofovir disoproxil fumarate/emtricitabine). Upon seeing the evidence of cabatogravir’s success, researchers halted the blinded, placebo-controlled phase of the trial among transgender women and cisgender men who have sex with men (MSM).

The evidence suggests that, at least on a population level, prescribing long-acting cabotegravir injections may be more effective at reducing the rate of HIV acquisition than prescribing daily Truvada.

The Phase IIb/III randomized HPTN 083 study included about 4,600 HIV-negative MSM and trans women who have sex with men; 12% were trans women. Study participants lived in Argentina, Brazil, Peru, South Africa, Thailand, the United States and Vietnam. Two thirds were younger than 30.  Half of the U.S. participants were African American. The study began enrollment in November 2016.

Each participant was slated to receive a maximum of three years of PrEP during the study’s blinded phase (when neither the participants nor the investigators would know who was randomized to receive which medication).

The participants, who were all deemed to be at risk of contracting HIV, were randomly assigned to receive long-acting injectable cabotegravir injected into the muscle by a health care worker every eight weeks or daily Truvada as PrEP. Those in the cabotegravir arm received placebo pills to take daily, while those in the Truvada arm received placebo injections every eight weeks.

After conducting a planned interim review of the study, the trial’s data and safety monitoring board found that the data clearly indicated that cabotegravir was highly effective at preventing HIV. What’s more, when comparing the HIV acquisition rates between the two study groups as a whole, they found that the long-acting PrEP regimen reduced the population-level HIV rate by 69% more than the daily Truvada regimen.

In technical terms, this meant that cabotegravir was noninferior to, or as effective as, daily Truvada as PrEP, and that the difference approached the point where the long-acting regimen was actually statistically superior.

This finding does not necessarily mean that long-acting injectable cabotegravir is more effective than daily Truvada when an individual takes the pills every day. Researchers estimate that taking Truvada every day lowers gay and bisexual men’s risk of contracting HIV by more than 99%.

What the new research finding does suggest is that if two similar groups of MSM and trans women are prescribed cabotegravir injections every eight weeks, they will end up with an estimated 69% lower HIV acquisition rate among them compared with a group that is prescribed daily Truvada.

Adherence was actually high in the Truvada arm. In a random subset of participants, tests found detectable tenofovir, one of the two drugs in Truvada, in 87% of the samples.

Nevertheless, the key factor driving the higher effectiveness of cabotegravir is likely adherence. A major factor limiting daily PrEP’s impact has been the difficulty some people have taking the drug routinely. Lower adherence to the daily regimen reduces its effectiveness. That said, people who receive long-acting injectable PrEP may not keep to their scheduled clinic visits to receive the injection every eight weeks, which could reduce its effectiveness.

“Each year, an estimated 1.7 million people are newly diagnosed with HIV” worldwide, Myron S. Cohen, MD, the co–principal investigator of the HPTN trial and a professor at the University of North Carolina at Chapel Hill, said in a press release. “To lower that number, we believe more prevention options are needed in addition to currently available oral tablets for daily use. If approved, a new injectable agent, such as long-acting cabotegravir administered every two months, could play an important role in reducing HIV transmission and helping to end the HIV epidemic.”

A recent Centers for Disease Control and Prevention report found that the estimated HIV acquisition rate in the United States had remained essentially stable between 2014 and 2018, at about 36,400. 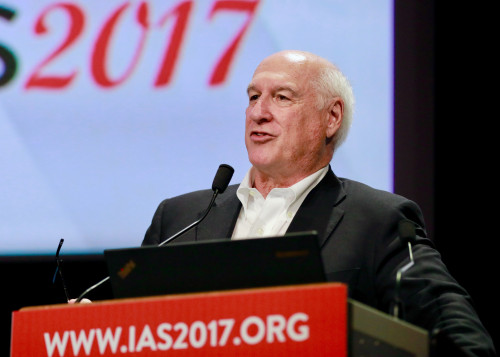 Now that the placebo arm has been terminated early, everyone in the study will learn which group they were randomized to, and those in the Truvada arm will be offered long-acting injectable cabotegravir. Those randomized to the cabotegravir arm will continue to receive it.

“These study results demonstrate that long-acting injectable cabotegravir dosed every two months can successfully reduce HIV acquisition in at-risk MSM and transgender women,” said Kimberly Smith, MD, head of research and development at ViiV Healthcare. “We are thrilled with the results not only because of the high efficacy of cabotegravir but also because we have demonstrated high efficacy in a study that adequately represents some of the populations most disproportionately impacted by HIV—Black MSM in the U.S., young MSM globally and transgender women.”

The ongoing HPTN 084 study is assessing long-acting cabotegravir PrEP among cisgender (non-trans) women. It includes more than 3,000 sexually active women in seven African nations. That study also received a recent interim review from its data safety monitoring board, which concluded that the trial should continue as planned.

“This is encouraging news for the HIV prevention field. We need additional prevention options to help people protect themselves from HIV,” said Mitchell Warren, executive director of AVAC, in a separate press release. “We now know that for men and transgender women who have sex with men, [long-acting cabotegravir] appears safe and effective. We look forward to the peer review publication of these data, as well as the results from the ongoing, companion trial in cisgender women, HPTN 084, in hopes that this might be a safe and effective option for all people at risk of HIV infection.”

ViiV is now gearing up to use the HPTN 083 findings in applications for approval of long-acting injectable cabotegravir as PrEP among MSM and trans women.

To read a press release about the study, click here.
To learn more about PrEP, click here.