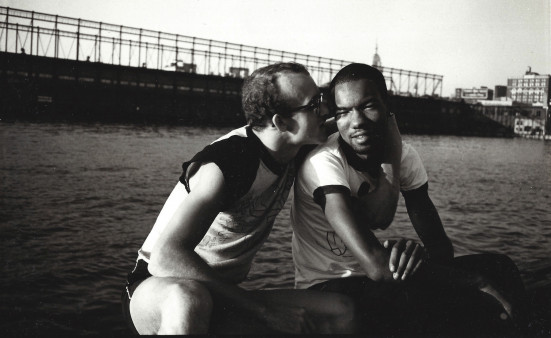 Photographer Christopher Makos has been an influential force in the art world for nearly five decades. He collaborated with his pal Andy Warhol, documented New York scenesters (notably for his two-page column in Interview magazine), published numerous books and continues to exhibit his work across the globe—he’s also involved in the upcoming Netflix docuseries about Warhol and he just released a 2,000-piece jigsaw puzzle for Art X Puzzles, which supports COVID-19 artists relief.

As illustrated by the selection of his work in Dirty, his current gallery show at Daniel Cooney Fine Art in Manhattan, Makos’s photography—even the images from the early 1980s—looks as contemporary as a refreshed Instagram feed.

POZ spoke with Makos about Dirty, his experiences working through the AIDS and COVID-19 pandemics and the role of politics and art. Our interview is edited for brevity and clarity.

Let’s start with the title of the show, Dirty. To me, it called to mind your first book, White Trash, from 1977. How’d you get Dirty?

What happened is, Daniel [Cooney] reached out to me and said, “I’d like to come to the studio and look at your pictures.” Daniel is like a traditional art dealer who works with the artist. And he picked things I forgot about or wasn’t paying attention to. Afterward, he said, “What do we call this?” And I saw that one picture of the red bikini. You know, red on an invite or magazine really pops and makes people pay attention. I thought, “Let’s use this.” But what about it? If you look at my TikTok and social media, this is what it’s about: guys in swim shorts. And the word dirty came to mind. It’s so forward, and it means a lot to a lot of different people. We’re going through a pandemic, which is quite dirty. Elections are quite dirty. I like the word. It’s clear and simple. And yet nothing is dirty anymore. Did you see Cardi B’s recent video “WAP,” with her tits coming out of her bra? I mean, how do hookers dress now if pop stars are dressing like this? Do they dress in Chanel suits? And TikTok is so creative— why do you need movies anymore? You see hippos eating watermelon, then a boy dancing. It’s wild and highly addictive. It makes Instagram look old-fashioned.

Interesting you mention TikTok. Looking at your work, I was reminded of social media feeds and the posts by influencers and partiers. It looks so current. Andy Warhol said you were the most modern photographer he knew. What makes your work so fresh?

I’ve always been of the moment but never tried to be trendy. I often talk about [other photographers] who were around me at the time—Bruce Weber and Robert Mapplethorpe. Mapplethorpe was about taking his idea and imprinting it on the subject matter. His photos are very stylized and with sexual content. Bruce was much more romantic, like guys with footballs, all-American jocks. I never tried to change people. I just took their pictures as they were, whether it was a snapshot or in the studio, like with Debbie Harry. 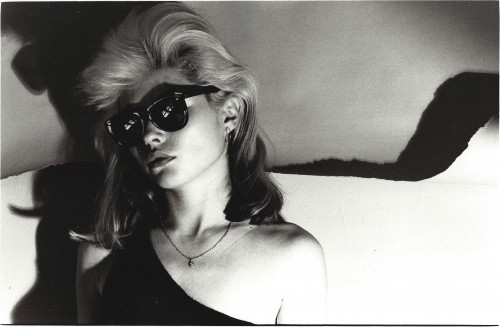 I know how to make a portrait. I was always paying attention to the moment and not too much to the technology or setup. That’s why my pictures are still modern. Some that were shot in the studio—sometimes to me, those pictures look more dated because I was falling for the trap of doing something more of the moment, like [using a trendy lighting style]. But when I was true to myself, those photos sill look contemporary.

The photo of Keith Haring and Juan Dubose—[pictured at the top of this article]—was shot at the piers along the Hudson River, obviously not staged in a studio. What’s the story behind that image? I don’t think I’d ever seen it before.

I’ve barely seen it myself. I took that picture and printed it and put it aside. That’s what’s so genius about Daniel—he found stuff I hadn’t thought of. That picture was one of those moments. If you lived in the West Village, you didn’t have Central Park to go to, so we’d go down to Christopher Street to the piers and hang out by the water. This was one of those moments where I was just biking down by the piers and there was Keith and Juan.

The piers and waterfront have been completely rebuilt since then.

It was really dirty then, so different. The idea of the way people hooked up, whether straight or gay, you’d just meet people on the street. Now it’s all on the phone. The phone thing is so tricky. Anybody can make up any stats or anything. In the other era, you saw what you were getting into. But I think if people tried it today [meeting face to face instead of the phone], I’m sure they’d like it better.

You were a big figure in the art world when AIDS first struck in the ’80s. How do you think the epidemic affected that scene?

HIV took everybody by surprise. All of that creativity just went “boom.” Stopped dead in its tracks. The end of Studio 54, all of that period. It was like when the Roaring Twenties just came to a dead halt. At the time, I remember people talking about the gay disease—that’s what it was referred to as—but then people got smart and realized it was just a disease. Now, it’s still a crisis, but it’s different.

But AIDS was a social and cultural event that took away a lot of people. A lot of people were no longer on the landscape, like [fashion designer] Halston and [pop artist] Keith Haring. Before AIDS, if you were a young talented creative person who came to New York, you could go apprentice with a photographer—for example, [with] Herb Ritts in Los Angeles—or with Halston and learn. For a whole new group of young creatives who wanted to come to the city and work with another artist, [the established artists] weren’t there for them. That was one of the ways HIV affected the creative scene.

But this COVID-19 pandemic is going to be amazing for creativity because rents will come down, and younger or older creative people can relook at the city and find beauty in the chaos. If another corporate entity feels like it can’t make it here [because of COVID-19], I’m fine with that.

Did the AIDS epidemic or today’s pandemic affect your work?

Not really. I wasn’t going to stop and whine or be sad about things. Clearly, I was worried about my friends and about myself and what was going to happen to us, and the same goes for now. But it’s not a moment to stop and be like, “Woe is me.” It’s a time to be creative, to think about new ways to express yourself, to share your work with other people so they can share it with somebody else, and hopefully, that’ll give us hope and aspirations to do something and get beyond this particular moment. I found the best thing is to be more creative than ever.

I’ve read criticism of Warhol for not directly addressing AIDS in his work, despite losing a lover to the disease. Is that a fair judgment?

I don’t think Andy had to do that. I don’t think any artist has to. I don’t see it that way. And people talk about how Andy didn’t support the gay movement. For the Netflix series The Warhol Diaries, they were asking me questions about coming out and why wasn’t Andy more out. Well, nobody in that time frame ever had to say you were gay or straight. The culture was just coming off the summer of love, LSD, drugs. Everybody was fucking each other; it didn’t matter. But Andy did portraits of [transgender activist] Marsha P. Johnson and a bunch of drag girls for a series called Ladies and Gentlemen. That’s addressing another group of people outside the realm of his own world. 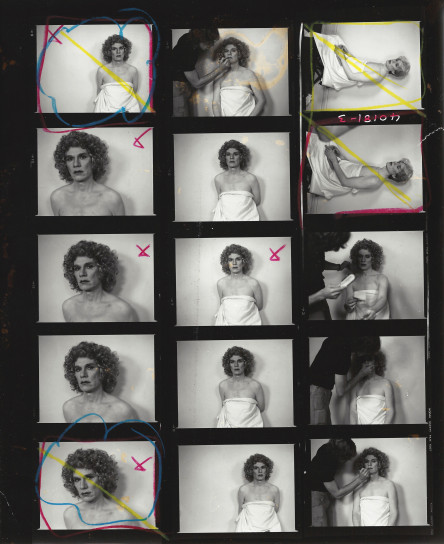 And you did a series of gender-bending photos of Warhol too.

Yes, but that was about identity, the way Cindy Sherman plays with identity. Andy wasn’t trying to be a drag queen or cross-dresser [or transgender person]. In those portraits, he’s still wearing a shirt and tie and jeans.

Your work has never been overtly political, right?

#Repost @merylmeisler with @get_repost ・・・ Christopher & Christopher – Christopher Makos in front of his portrait of Christopher Reeves. Christopher lowered his mask for a split second as I, masked Meryl, snapped this portrait. No one else was within 12 ft of us. CoVid is everyone’s kryptonite. Check out his fabulous exhibit “Dirty”. . #merylmeisler #pandemic #covidStoriesNYC #photographer #nightlife #superman #christophermakos #christopherreeves #icpconcerned #manhattan #chelseagalleries #iloveny #nyc #manhattan #style #fashion #safetyfirst #coronavirus #covid_19 #eyeglasses #love having #superman over my shoulder check out the entire #exhibition #dirty @danielcooneyfineart #fineart @interviewmag @interview_de @voguespain

Dirty is on view until November 7 at Daniel Cooney Fine Art, 508–526 West 26th St, #9C, New York; 212-255-8158; danielcooneyfineart.com. Reservations are not required, but only six people are allowed in the gallery at a time; everyone must wear masks and practice social distancing. For more about Christopher Makos, visit his website at makostudio.com.