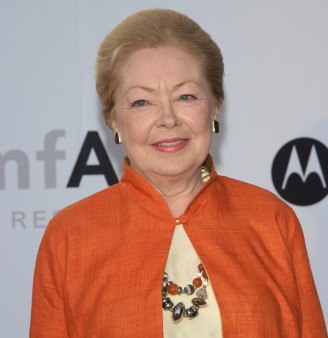 Shortly after AIDS was first discovered in 1981, Mathilde Krim, PhD, became an outspoken researcher and advocate, raising awareness and funds across the globe and founding what would become amfAR, The American Foundation for AIDS Research. She died on January 15, 2018, at age 91.

The cause of death has not been reported, but tributes to this pioneering woman have been appearing across social media. “My greatest AIDS hero died a few hours ago,” wrote activist Peter Staley in a Facebook post. “Dr. Mathilde Krim, founder of amfAR, warrior against homophobia and AIDS-related stigma, dedicated defender of science and public health, and mother-figure and mentor to countless activists, will leave a deep hole in the continued fight against AIDS— a fight she dedicated her life to.”

“Dr. Krim had such a profound impact on the lives of so many,” said amfAR chief executive officer Kevin Robert Frost on the foundation’s in memoriam page. “While we all feel a penetrating sadness at the loss of someone we loved so deeply, it is important to remember how much she gave us and the millions for whom she dedicated her life. There is joy to be found in knowing that so many people alive today literally owe their lives to this great woman.”

“We have lost an inspirational, tireless and catalytic leader of our movement,” said Mark Harrington, executive director of Treatment Action Group in a TAG statement. “Dr. Krim understood the gravity of the epidemic, in its earliest and darkest days, and was driven by her own remarkable intelligence, fierce commitment to civil rights and social justice, extraordinary social and political networks, and true grit to galvanize funders, scientists, policy leaders, and activists toward a single cause: ending HIV and AIDS as a threat to humanity.”

In 2011, as amfAR marked its 25th anniversary with a gala fundraiser in New York, the organization paid tribute to its founding chair, Mathilde Krim, including the following video:

In April 1983, along with Dr. Joseph Sonnabend and a small group of associates, Dr. Krim founded the AIDS Medical Foundation (AMF), the first private organization concerned with fostering and supporting AIDS research. In 1985, AMF merged with a like-minded group based in California to form the American Foundation for AIDS Research (amfAR), which soon became the preeminent national nonprofit organization devoted to mobilizing the public’s generosity in support of trailblazing laboratory and clinical AIDS research, HIV prevention, and advocacy.

Dr. Krim was amfAR’s founding chairman and was chairman of the board from 1990 to 2004. Throughout, she was the heart and soul of the organization. She helped create it, supported it, kept it afloat more than once, and guided it with extraordinary dedication until poor health forced her to assume a less active role. amfAR’s staff adored her because, amid the multitude of demands made on her time, she always found time to advise and nurture them, comfort and console them, and on many occasions entertain them royally in her home.

Dr. Krim received her Ph.D. from the University of Geneva in 1953. From 1953 to 1959, she pursued research in cytogenetics and cancer-causing viruses at the Weizmann Institute of Science in Israel, where she was a member of the team that first developed a method for the prenatal determination of sex.

She moved to New York and joined the research staff of Cornell University Medical School following her marriage, in 1958, to the late Arthur B. Krim, a New York attorney, then head of United Artists Motion Picture Company and later founder of Orion Pictures. Starting in 1962, Dr. Krim worked as a research scientist at the Sloan-Kettering Institute for Cancer Research and, from 1981 to 1985, she was the director of its Interferon Laboratory. She held the academic appointment of adjunct professor of Public Health and Management, Mailman School of Public Health, Columbia University.

Mathilde Krim received 16 doctorates honoris causa and many other honors and distinctions. In August 2000 she was awarded the Presidential Medal of Freedom—the highest civilian honor in the United States. “Were it not for the profound sadness I feel for being so close to immense tragedy,” said Dr. Krim, “I would consider my work for amfAR, an organization poised on the frontiers of medical research, the most exciting, enviable, and rewarding of all.”

In 2000, Krim received the Presidential Medal of Freedom, the United States’ highest civilian award. Many AIDS activists wanted her to refuse the award as a protest against President Bill Clinton, who was presenting the medal and whom advocates criticized for not doing enough to fight the epidemic (read POZ’s Milestones 2000 for more details).

In 2005, shortly after Krim passed the chairman-of-the-board baton to fashion designer Kenneth Cole, POZ’s Michael Musto interviewed both. They spoke about AIDS advocacy under President George W. Bush’s anti-condom agenda, the role of celebrity spokespeople, amfAR’s history and much more. Read the interview in full here.

And below is the trailer for the HBO documentary The Battle of amfAR, the story of the two women—scientist Krim and movie star Elizabeth Taylor—behind amfAR.