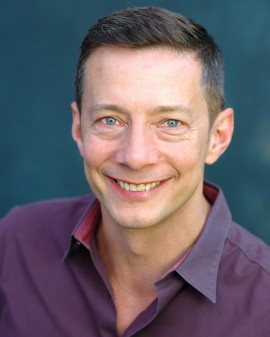 Matthew Hodson is the executive director of NAM, which produces aidsmap.com. Courtesy of NAM

NAM, a leading HIV/AIDS organization in the United Kingdom, appointed Matthew Hodson as its new executive director. Hodson, who begins the role September 1, will replace Caspar Thomson, who’s leaving the post after 15 years.

NAM, which originally stood for National AIDS Manual, is best known for providing factual, up-to-date information about the virus, much of which is available on the website aidsmap.com.

“I look forward to ensuring that NAM continues to support people living with HIV, medical and public health professionals, and organisations and communities around the world and to build upon NAM’s crucial role in challenging HIV-related stigma and discrimination through the provision of accurate and accessible information,” Hodson said in a NAM press release.

Along with being a founding member of ReShape, an HIV think tank, and serving on the community advisory board for Public Health England’s PrEP trial, Hodson has 19 years of experience working for HIV prevention and LGBT equality. This includes being a member of GMFA, a gay men’s health charity that now reaches up to 150,000 people per month, since 1999. He was elected GMFA’s head of programs in 2006 and chief executive in 2013.

“Throughout my time working in sexual health, I have been greatly indebted to NAM for their high-quality, clear and reliable information resources. I am excited by the opportunity to take on a leadership role within the organisation,” Hodson said in a press release.

For more about NAM, visit aidsmap.com.