The National Black Justice Coalition can help you strike up the necessary conversations.

Monday, June 8, marks National Caribbean American HIV/AIDS Awareness Day (NCAHAAD) 2020. It’s a time to devote attention and resources to this population and ensure it has the support and educational materials it needs to treat and prevent HIV. 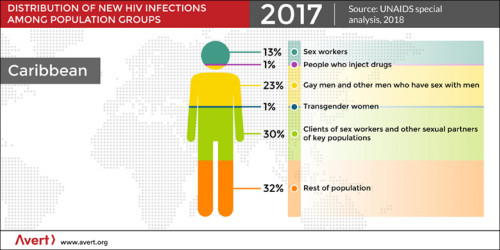 Launched 14 years ago by the Caribbean People International Collective and a related group of U.S. organizations, NCHAAD is much needed because the Caribbean has the second-highest HIV prevalence in the world, after sub-Saharan Africa. What’s more, people in the Caribbean often immigrate and travel to the United States.

The good news, though, is that the region has also seen the steepest decrease in new HIV cases in the world since 2001—a whopping 42% decline. 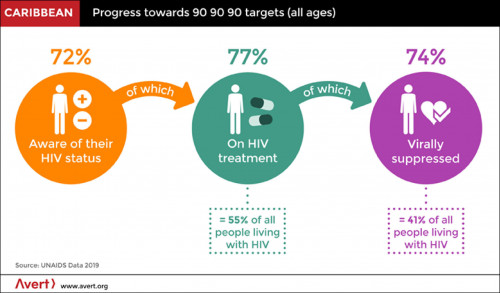 According to data from global HIV groups Avert and the Joint United Nations Programme on HIV/AIDS (UNAIDS), key factors fueling HIV rates in the Caribbean are homophobia and machismo. As in the United States, HIV rates disproportionately affect men who have sex with men as well as sex workers.

About 72% of people with HIV in the Caribbean are aware of their status, and about 41% of all people living with HIV in the region maintain an undetectable level. UNAIDS has set 90-90-90 targets for countries to aim for: having 90% of people with HIV aware of their status, 90% of those people on treatment and 90% of that group with an undetectable viral load.

“Let us not lose sight of the fact that these statistics represent diverse communities of Black people—siblings, parents, cousins, parents whose lives can be enhanced, and saved, if each of us do the work required to disrupt stigma and increase HIV/AIDS advocacy, prevention, treatment and support,” writes David J. Johns, the executive director of the National Black Justice Coalition in a free downloadable tool kit the group compiled to start conversations and promote local events regarding this awareness day.

“There are unique things about the diversity of experiences within and across the Caribbean and differences in language and histories,” Johns added, cautioning that this diversity must be considered “when having conversations about sex, sexual pleasure and sexual health.”