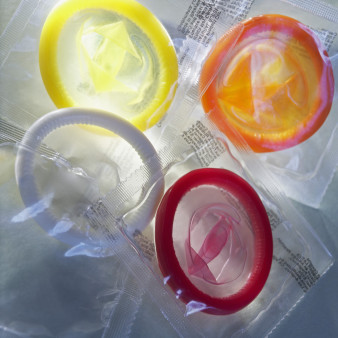 This Week Is National Condom Week

February 14 through 21 is National Condom Week, an annual celebration honoring the importance of prophylactics in preventing unplanned pregnancies as well as the transmission of HIV and other sexually transmitted infections.

First organized in 1978 by students at the University of California in Berkeley, National Condom Week has become a popular post-Valentine’s Day event on college campuses nationwide. In addition, Planned Parenthood is supporting National Condom Week through a social networking campaign on Facebook, Twitter and MySpace that includes e-cards, facts and informative links.

According to the Centers for Disease Control and Prevention, latex condoms, if used consistently and correctly, “provide an essentially impermeable barrier to particles the size of HIV.”

In a related Huffington Post blog entry titled “A (Modified) Ode to Condoms: How I Love Thee,” sexologist and POZ contributor Logan Levkoff, PhD, writes that neither men nor women should be afraid of buying, carrying or using condoms.

“Yes, women should be using condoms,” Levkoff writes. “Women should be carrying condoms. You’re not a slut—ugh, I hate that word—if you have condoms in your pocketbook. And quite frankly, if someone thinks you are, why would you want to have sex with that person anyway? Why would you ever want to be friends with someone who mistakes responsibility for ‘promiscuity’? (I don’t like that word, either.)”