They’re concerned about a “dramatic increase” in HIV rates among gay, bisexual and transgender Latinx.

Alarmed by increasing HIV rates among Latinx men who have sex with men and transgender Latina women of all ages, the National Hispanic Medical Association hosted a meeting in Atlanta for community leaders to address the situation. Specifically, they assessed, discussed and identified action steps to be taken to help reverse the trend.

According to a press release from the Latino Commission on AIDS, the meeting enumerated several action steps to address the unique challenges facing the Latinx community. “Participants recognized the devastation of HIV,” the press release states, “the barriers to prevention and care services, the impact of stigma, immigration, culture, race and the social determinants of health that impact Hispanic/Latinx in the United States, Puerto Rico and the U.S. Virgin Islands.”

The next steps and goals are currently being drafted, and participants will review them at upcoming meetings before they are publicized.

The meeting was not the first effort of national Latinx groups to address the HIV problem. In March 2018, a group of 147 organizations and 176 individual leaders sent a letter to Eugene McCray, MD, director of the Division of HIV/AIDS Prevention, part of the Centers for Disease Control and Prevention’s National Center for HIV/AIDS, Viral Hepatitis, STD and TB Prevention.

The letter detailed the crisis in the Latinx community before spelling out a call to action:

As observed, the disproportionate impact of HIV among Latino gay and bisexual men and transgender women is a concerning issue within this ethnic group. Whereas many communities throughout the U.S. have seen a decrease in infection rates, many of the most vulnerable Latino/Hispanic communities have seen an increase in HIV infection rates and other STIs. We are deeply concerned with many of the regions that have seen increases in infection rates among members of the Latino community such as the U.S. Southeast region and the U.S. territory of Puerto Rico. About seven in ten new HIV diagnoses in Latinos happens among gay and bisexual men, and less than half of those infected with HIV have achieved viral suppression.

We request that the CDC National Center for HIV/AIDS, Viral Hepatitis, STD and TB Prevention call for an internal consultation to explore how the Division of HIV/AIDS Prevention could optimally address the dramatic increase in HIV infections among Latino MSM, YMSM [young men who have sex with men] and transgender Latina women. We strongly believe that an internal consultation is necessary to coordinate a national response that will mitigate the impact that these new HIV infections will have on our most vulnerable Latino communities. We would like to begin conversations and facilitate a better public health response to this serious trend of new HIV infections affecting our communities.

In addition to the cosigning organizations and individuals, the letter was signed by Oscar De La O of Bienestar, Guillermo Chacon of Latino Commission on AIDS, José Joaquín Mulinelli of Coaí (in Puerto Rico), Oscar Raul López of Valley AIDS Council and Alicia Wilson of La Clínica del Pueblo Inc. 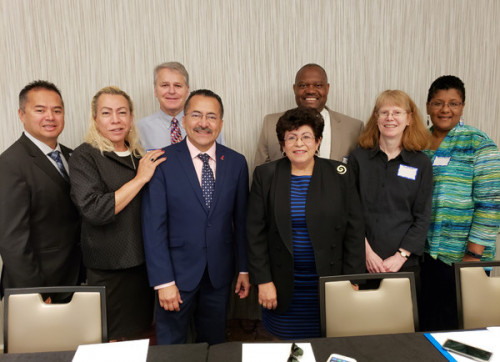 Courtesy of Latino Commission on AIDS 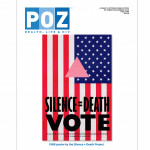