The vaccine prompted a robust immune response against HIV in those without the virus; now researchers hope to move it into advanced trials.

In an early-stage study, a new HIV vaccine regimen was well tolerated and elicited a good immune response among participants who did not have the virus. Encouraged, researchers are hoping to move the vaccine into a large-scale trial evaluating its safety and efficacy aamong women at risk of the virus, pending results from another early-stage trial called TRAVERSE.

Findings from the APPROACH vaccine study, which was funded by the National Institute of Allergy and Infectious Diseases (NIAID) were presented at the 9th International AIDS Society Conference on HIV Science in Paris (IAS 2017).

The APPROACH study is based on a mosaic vaccine, so called because it is geared to prompt the immune system to protect against a wide range of HIV subtypes.

The early human study followed research in primates in which the experimental vaccine regimens protected monkeys against SHIV, a simian-human hybrid version of HIV engineered for scientific research. The most effective vaccine regimen in that study reduced the risk of infection per exposure to SHIV by 94 percent and by 66 percent after six exposures.

The APPROACH study recruited 400 HIV-negative participants in the United States, Rwanda, Uganda, South Africa and Thailand who were randomized to receive one of seven experimental vaccine regimens or a placebo.

The participants received four vaccinations over a 48-week period. They were given two doses of a prime vaccine followed by two shots of a booster vaccine. All the vaccines investigated used the same components in the prime shots: a vaccination called Ad26.Mos.HIV. To create this vaccination, the researchers engineered a strain of the common-cold virus, known as Ad26, that does not cause illness. Then they used the virus as a vector to transport viral proteins known as antigens to components of the immune system and prompt an immune response. The scientists constructed the antigens from the genes of various types of HIV.

The booster shots relied on various components of the prime vaccination or a different mosaic component, called MVA-Mosaic. In addition to or in place of one of the aforementioned booster types, some participants received a pair of doses of a key protein from the envelope, or outer shell, of HIV called gp140. (The virus was from HIV subtype clade C, which is common in southern Africa.) This protein was given with aluminum adjuvant, which boosts immune responses to vaccines.

After the third vaccination, most participants had developed immune responses to HIV that were based in both immune cells and antibodies. The second booster (the fourth vaccination) increased such virus-fighting responses.

Different mosaic vaccines investigated proved well tolerated and gave rise to immune responses against the virus. Promisingly, the regimen that best protected animals in preclinical animal studies also prompted the strongest immune response in the human volunteers. This does not guarantee, however, that this vaccine regimen will be effective in preventing HIV in high-risk individuals.

A vaccine need not be perfect nor even close to perfect to have a major global health impact. Anthony S. Fauci, MD, director of the National Institute of Allergy and Infectious Diseases (NIAID) recently told POZ that if an HIV vaccine lowered risk of the virus by just 50 percent to 60 percent, he would consider it ready for a mass roll-out. The one vaccine that ever showed any efficacy in human trials, the RV144 vaccine in Thailand, lowered risk by 31 percent over a 3.5 years period. 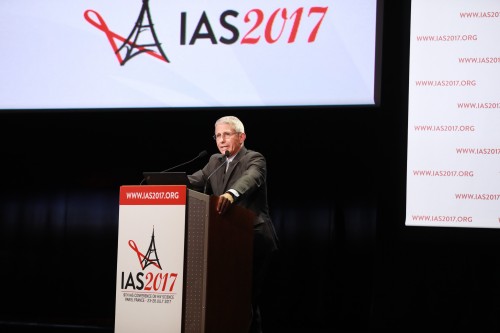 Researchers recently launched a major human trial in southern Africa of a retoolled version of RV144.

Ultimately, the researchers in the APPROACH study concluded that they would like to further study a vaccine regimen that included two Ad26 mosaic prime vaccinations followed by two booster shots with Ad26 mosaic and clade C gp140 antigen. They are hoping to launch a clinical trial of the vaccine, also in southern Africa, with a projected enrollment of 2,600 HIV-negative women. If the trial launches, it will do so late this year or early next.

Meanwhile, the TRAVERSE trial, another early human-based study is still running and is investigating Ad26-based vaccine regimens that include three mosaic viral antigens and comparing them with Ad26-based regimens comparing four such antigens. Results from this trial are expected in late 2017 and will help determine whether investigators launch further research.