Monique Howell uses her experience to help those who are newly diagnosed with HIV and to also make them aware of unjust HIV criminalization laws.

My name is Monique Howell. Growing up in a military family home, I traveled the world and met people of many diverse backgrounds and cultures. My parents loved children and there was never a dull moment in our home because we shared our love with everyone.

As a Black woman now living with HIV, I was criminalized under unjust HIV laws while serving my country in the U.S. Army. I was criminalized for non-disclosure of my HIV status and was looking at 8 to 12 years in prison if convicted. Fortunately, my charges were dropped, but many are not as fortunate and are put behind bars. Some states even require those charged to register as sex offenders, even if no transmission occurred between the two parties. The science has clearly not caught up with the laws charged against people with HIV.

More often than not, society places us inside a box once we receive a positive HIV diagnosis. A person who is newly diagnosed has so many mixed feelings and thoughts going through their mind, and I was once that individual. I was so afraid, scared of rejection and scared of what people would think of me. I was even afraid to love myself. Nobody sat me down and fully educated me about the do’s and don’ts after an HIV diagnosis. I’ve never committed a crime in my life, and I didn’t even know what the word ‘disclosure’ meant—but I now know it is when you tell your partner about your HIV status. The way the laws are currently set up for a person living with HIV puts so much fear in the individual, to the point that they almost feel the need to get a paper notarized with their partner’s signature to have concrete proof that disclosure was discussed. When I was put on trial for nondisclosure, I felt like some monster. I knew I didn’t intentionally try to harm anyone, but I was not properly educated about the laws and was so afraid. I’m blessed that my charges were dismissed, but the emotional rollercoaster still haunts me. Today, I make sure that it’s the very first thing I mention when starting a relationship. I never want to feel like I have to be stuck in a box and afraid to live. We shouldn’t be afraid to love again.

Science has improved so much that people with HIV live normal and healthy lives when on proper treatment. U=U (Undetectable equals Untransmittable) means a person who is HIV positive and on treatment has an undetectable viral load which reduces the risk of transmitting the virus to a partner to zero. U=U has proven that transmission is not possible when on proper treatment—I’ve now been undetectable for over 10 years, taking a pill once a day so I can continue living my life. Many healthcare workers are still not knowledgeable about U=U, meaning we have to be our own advocates when living with HIV. I’ve learned over the years that it’s my job to educate as many people as possible. Today, I serve on The Elizabeth Taylor AIDS Foundation’s ‘HIV Is Not A Crime’ surrogate council to do my part in educating others about the dangers of HIV criminal laws that aren’t based on science and the diverse issues of those most affected by HIV criminalization.

People who are HIV positive are stigmatized, looked down upon and prejudged all because of the lack of public education and understanding. Many still live in a box, closed in with their feelings because they are afraid, and they shouldn’t have to feel like that. I don’t want people to see me as being criminalized. I want people to see me as a strong Black woman who in the midst of adversity, has continued to push through it all. I never allowed my condition to prevent me from living my life or limiting me. I’m grateful to now be able to use my experience to help others who are newly diagnosed and to also make them aware of these unjust laws. These laws are counterintuitive to their purpose and keep people in fear of being honest about their status because they are afraid of the potential outcome. Education is so important. More resources and outreach services need to be available to those who need it. 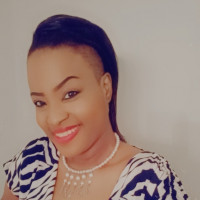 Monique D. Howell was born in Fort Sill, Oklahoma. She has traveled all over growing up because her father was in the military. She met all walks of life. After graduating from Summerville High School, she too enlisted in the U.S. Army. Monique is now a veteran and author of her first book entitled “Living Inside My Skin of Silence,” which was published in 2010 and tells the story of her personal testimonial of the many challenges she faced in her life.

Her story has reached the nation allowing her voice to be heard and many doors to open in her life. Monique is currently a motivational speaker and an advocate for HIV/AIDS Awareness where she has spoken to numerous colleges, schools, churches and even on Capitol Hill in Washington D.C. She is also the Executive Producer of her short film that premiered on October 20, 2018 in South Carolina called “A Silver Lining,” which is another inspirational film of her life and victories of living with HIV.

She hopes that her testimonial will help many broken people and hope it can encourage them to have the willpower to keep pushing even in the midst of their storms. Monique is the proud mother of five children—three sons and two daughters that she recently adopted. Her favorite saying is, "You must first love yourself before you can love anyone else.”