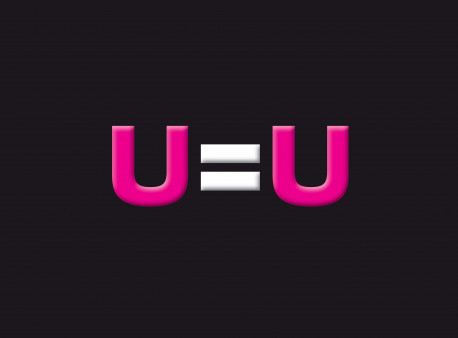 Study Sees No HIV Transmissions While on Effective Treatment

Final results from the PARTNER 2 study of gay and bi men confirm that undetectable equals untransmittable.

The largest study of treatment as prevention among men who have sex with men offers more evidence that people on antiretroviral therapy with an undetectable viral load do not transmit HIV. These findings lend further support to the message that “undetectable equals untransmittable,” or U=U.

Final results from the PARTNER2 study, published today in The Lancet, show that among nearly 1,000 mixed-status gay male couples that collectively had sex without condoms approximately 77,000 times, there were no transmissions within couples during up to eight years of follow-up.

In the first phase of the PARTNER study, first presented in 2014, no transmissions were observed between partners in serodiscordant couples (one HIV positive, one HIV negative) when the HIV-positive partner was on combination antiretroviral therapy with viral suppression.

However, a majority of couples in that part of the study—and all of those in the earlier HPTN 052 trial, which saw a 96% reduction in transmission risk when HIV-positive partners were on effective treatment—were heterosexual. PARTNER2 focused on gay men, the group that bears the highest burden of the HIV epidemic in the Unites States and Europe.

PARTNER2 enrolled 972 mixed-status gay couples in 14 countries in Europe between September 2010 and July 2017 (the gay couples in the first phase were carried over to the second phase). All reported having sex without condoms.

Every six to 12 months, the men completed questionnaires about their sexual behavior, the HIV-negative partner was tested for the virus and the HIV-positive partner received a viral load test. Viral suppression was defined as an HIV RNA level below 200. If a new infection occurred, anonymous genetic analysis was done to see if the virus matched the partner’s specific strain.

As Rodger previously reported at the International AIDS Conference last summer in Amsterdam, no genetically linked transmissions occurred during follow-up while the HIV-positive partner had a suppressed viral load, resulting in a transmission rate of zero.

Although 15 new HIV infections occurred during follow-up in the study, none of these were linked within-couple transmissions. In the case of outside partners, the researchers could not documented that they had a consistently undetectable viral load.

“Our findings support the message of the U=U (undetectable equals untransmittable) campaign, and the benefits of early testing and treatment for HIV,” the researchers concluded.

Spearheaded by the Prevention Access Campaign, U=U has grown into a movement, and the scientific consensus is now supported by leading HIV experts, medical organizations and more than 850 community groups in nearly 100 countries.

“We’re tremendously grateful to the groundbreaking PARTNER2 researchers and participants for the unequivocal final chapter confirming U=U,” said Bruce Richman, founding director of the Prevention Access Campaign. “PARTNER2 has forever changed what it means to live and love for people with HIV around the world.”

Knowing that having an undetectable viral load means zero risk of transmission is an incentive for people with HIV to start and stay on treatment, and the U=U message can help fight the still-pervasive stigma surrounding HIV.

“The PARTNER study has given us the confidence to say, without doubt, that people living with HIV who are on effective treatment cannot pass the virus on to their sexual partners,” said Michael Brady, MD, medical director of the UK’s Terrence Higgins Trust. “This has incredible impact on the lives of people living with HIV and is a powerful message to address HIV-related stigma.”

Click here to learn more about treatment as prevention.