Guess Who Can Now Donate Kidneys to People With HIV?

Organ transplants between HIV-positive people have taken place since 2016—but until now, the donors were deceased.

According to a report from the university, kidney donors are now being evaluated.

In 2016, Johns Hopkins performed the first HIV-positive to HIV-positive organ transplant, but until now, those procedures involved deceased donors. (For a 2016 POZ article, click here.)

“This is an unbelievably exciting time for our hospital and our team, but most importantly, it’s a hopeful time for patients living with HIV and end-stage organ disease,” Dorry Segev, MD, PhD, associate professor of surgery at the Johns Hopkins School of Medicine, said in the university release. “Organ transplantation is actually even more important for patients with HIV, since they die on the waiting list even faster than their HIV-negative counterparts. For these individuals, it can mean a new chance at life and a larger pool of organs.”

But what happens if the donor has a different strain of HIV than the recipient? “That’s the million-dollar question that we can now answer because it’s legal to do [this kind of transplant],” Segev tells Contagion Live, adding that doctors will likely be able to figure out which meds will work for both strains.

What’s more, the transplants will give researchers a chance to study how different strains of HIV become dominant.

Kidney transplants from living donors are usually preferred over those of deceased donors because the organs can function right away.

Contagion Live reports that two other medical centers have been approved to perform the procedures. 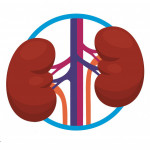