Some of those with a highly damaged immune system develop a harmful inflammatory reaction after beginning antiretrovirals.

The imaging method known as a PET scan may be able to predict who among those starting antiretroviral (ARV) treatment with an immune system highly damaged by HIV will develop HIV-associated immune reconstitution syndrome (IRIS).

IRIS is more prone to occur among those HIV-positive people with a low CD4 count and opportunistic infections. After ARV treatment suppresses the virus of people who develop IRIS, the immune system overcompensates for HIV-related damage and develops severe inflammation that can harm tissues and cause various symptoms, including high fevers. In some cases, the condition is even fatal.

Publishing their findings in Clinical Infectious Diseases, researchers first found that in those with IRIS, immune cells reactivated by the introduction of ARV treatment were more likely to express a receptor on their surface known as Glut-1. The purpose of this receptor is to help cells ingest glucose, which is an energy source; these overactive immune cells need quite a bit of energy to fuel their inflammatory response. Additionally, Glut-1 recognizes a tracer molecule used in the PET scanning process, called F-Fluorodeoxyglucose (FDG).

Investigators diagnosed 10 of the participants with IRIS after they started HIV treatment, based on markers of inflammation in the blood as well as symptoms associated with the condition. Generally, the PET scans taken while these individuals were on ARVs showed that their tissues had increased their uptake of FDG compared with their pre-HIV-treatment scans. This finding indicated that cells saw a rise in their energy needs, which is what occurs during IRIS.

By contrast, among the 20 participants who did not develop IRIS, their cells’ energy needs actually decreased after they started treatment according to the PET scans.

Additionally, the pre-ARV-treatment PET scan of those who did not go on to develop IRIS indicated that their cells had greater activity when it came to metabolizing energy compared with what was seen in the pre-treatment scan of those who did develop the inflammatory condition. This difference, the study authors theorized, could provide a means to help predict which people with untreated, advanced HIV are at higher risk of IRIS after starting ARVs. Such a diagnostic tool could aid health care providers in deciding on the optimal time for such individuals to initiate HIV treatment.

To watch a video about the scanning process, click here. 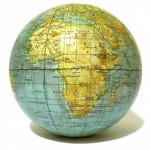 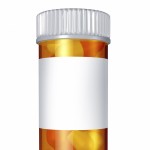 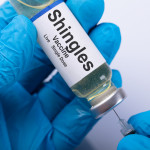