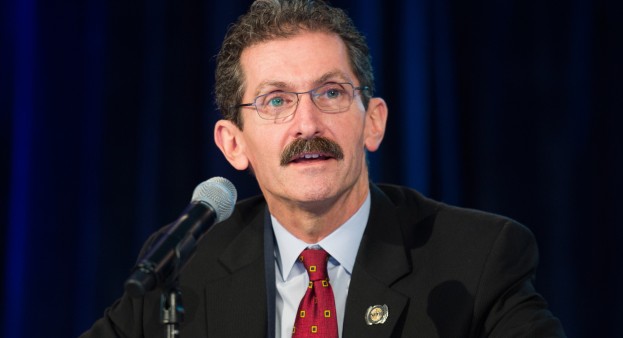 Peter J. Katsufrakis leads the organization that creates exams that doctors must pass to get their licenses.

Peter J. Katsufrakis, MD, MBA, is the new president of the National Board of Medical Examiners, the group best known for creating and cosponsoring the exams that all doctors must pass in order to practice medicine.

According to an NBME press release, Katsufrakis began his medical career as a resident in family practice but was soon drawn to working to combat the then developing AIDS crisis.

“I resonated with the needs of that community,” Katsufrakis recalled of the time period when little was known about HIV. “There was so much to be learned and so much to be taught. But it was fascinating to be an expert in a narrow field of medicine and to be on the cutting edge of a field that was changing month by month.

“Today’s challenges are different,” he continued in the press release. “But I feel the same excitement about the opportunity to develop new tools and assessments that protect the public at a time when medical school curricula are undergoing major change and the landscape of care is evolving so rapidly. It’s satisfying and necessary work, and I’m eager to get to it!”

His work in the HIV field influenced not only his future career but also his passion for education. Katsufrakis has served as the director of clinical training at the AIDS Education and Training Center of the University of Southern California, where he taught faculty and residents to care for people living with HIV. He has also held several positions at USC’s Keck School of Medicine, and he has been a member of the International AIDS Society, the American Academy of HIV Medicine and many other professional organizations.

Licensed to work in Pennsylvania, Katsufrakis is the first doctor of family medicine to head the NBME in its 101-year history. He lives with his partner, Shathi Abdulrab, and Lucy, their Chesapeake Bay retriever, in Philadelphia.