The Power of Storytelling

What’s more, highlighting any of these individual characteristics runs the risk of reconstructing the boxes Smith has spent the past decade breaking down. Perhaps the only adjective that fully captures Smith, who prefers “they” and “them” pronouns, is expansive.

Smith’s wide range is on full display as we share a couch in the lobby of New York City’s Ace Hotel on a bright but cold afternoon. It was my first time meeting them in person after spending weeks reading and rereading their latest collection of poetry, Don’t Call Us Dead.

I spent weeks scouring the internet to learn more about the individual whose raw, imaginative poems so clearly capture the pulse of today’s Black queer millennials.

If Kendrick Lamar’s 2018 Pulitzer Prize–winning rap album, DAMN., captured Black people’s anger at a criminal justice system that excuses the seemingly ceaseless killings of unarmed Black men and women at the hands of police nationwide, then Don’t Call Us Dead is its queer poetic equivalent.

From the collection’s opening poem, “summer, somewhere”—an expansive multipage idyll that takes liberties with poetic form—to the much shorter and hopeful closer, “dream where every black person is standing by the ocean,” Smith challenges monolithic representations of Blackness and queerness and confronts the state-sanctioned seizure of Black bodies head-on.

And despite the suggestion of hope in the book’s title, a lot of Smith’s poetry addresses the closeness of death, even spilling the word blood all over the pages of one poem (“litany with blood all over”). However, Smith isn’t concerned only with our mortality but also with the distinct ways in which we die.

...becoming a little moon—brightwarm in me one night.

thank god. i can go quietly. the doctor will explain death

in the catalogue of ways to kill a black boy, find me

buried between the pages stuck together

with red stick. ironic, predictable. look at me.

i’m not the kind of black man who dies on the news.

until light outweighs us, & we become it, family

gathered around my barely body telling me to go

It’s Smith’s ability to wrestle with the dichotomy between hope and death that has catapulted the young poet to the national stage. Their first collection, [insert] boy, won the Kate Tufts Discovery Award and the Lambda Literary Award for Gay Poetry. Don’t Call Us Dead won the Forward Prize for Best Collection (at 29, Smith is the youngest person to claim the prestigious award) and the Midwest Booksellers Choice Award and was a finalist for the 2017 National Book Award.

Smith is also one of the inaugural recipients of the Four Quartets Prize from the T.S. Eliot Foundation and the Poetry Society of America. Smith’s work has also been featured in such varied outlets as Buzzfeed, The New York Times, PBS NewsHour, Best American Poetry and Poetry magazine and on The Late Show with Stephen Colbert.

In the fairytale version of Smith’s childhood, they are the bibliophile product of a white-bread literary family, inspired to write prophetically from birth. However, this couldn’t be further from the truth. Smith was raised in a very loving household with grandparents and his mom, a devout Baptist.

Although Smith was an avid lover of comic books and video games from a young age, they couldn’t read until the third grade. It was then that a teacher pointed out that the video game magazines Smith was often perusing would be more useful if they learned to read.

“I don’t think I was cognizant that I couldn’t read, nor do I think an 8-year-old not being able to read is that remarkable. Somehow, I did know that I then had access to literacy and was able to do my reading homework.”

Smith first discovered poetry in high school when their theater teacher brought spoken word CDs to class. Soon after, Smith and other students were writing their own poetry and hosting open mic events for other students who wanted to express themselves through spoken word.

Smith’s growing interest in poetry was also fueled by Def Poetry Jam, which aired on HBO in the 2000s. It was while watching Def Poetry Jam that Smith discovered the power and range of poetry through poets including Saul Williams, Patricia Smith, Lemon Andersen and Suheir Hammad.

That influence is also evident in Smith’s own performance style, characterized by intense focus, staccato phrasing and pitch inflections to convey emotions. Watching Smith’s performance of “dear white america”—a blazing critique of white racists and liberals alike that has garnered 360,000 views on YouTube—one can’t help but hearken back to Nina Simone’s performance of “Mississippi Goddam” in front of tuxedo-clad white patrons.

“I had to stop performing ‘dear white america.’ It takes me to a place that I find hard to come back from. It’s such an intense poem, and white audience members would come to me afterward sobbing, which also wasn’t the goal.”

Decisions such as this have helped safeguard Smith and their family as Smith’s popularity has continued to climb. Smith also prefers to keep details about their family private, out of respect.

“I engage in a lot of professional work and offer up a lot of myself to folks, so some things I like to keep private. Not out of fear of telling it. But when I’m the one with the platform, I inevitably shape how the story is framed and that may affect people in my life. It’s not just the story of me.”

Smith is, however, comfortable talking openly and explicitly about their own experiences as a queer Black person living with HIV.

“It’s all part of my experience—apps and participating in hookup culture—that’s why it’s in there. I am telling stories I know how to tell, and that includes telling my own story. It doesn’t feel brave or revelatory, unnatural or derivative for me to write about a Black queer experience. I’m a Black queer person living now.”

However, Smith’s poems about HIV stand out. These poems forgo respectful tones, instead capturing the casual ways in which young Black boys contract HIV, cope with or avoid diagnosis and ultimately live or die. These are the poems that seem the most personal.

one day, the boy with a difficult name

laid with a boy who shall remain

nameless in the sun & they rolled around

waiting for something to burn. the next

day, the boy with the difficult name

woke up in a blue sweat, walked the rim

of the lake & though nothing burned,

something was growing from ashes, for

mosquitos flew away from his skin, ticks

latched onto his ankle & turned to

spines to him & he swore he heard the

“It was something I always feared would happen,” says Smith, referring to learning they had contracted HIV. It was April 2014, and Smith’s partner at the time had tested positive for the virus. This prompted Smith, then just 24 years old, to also get tested. “I felt disappointed at first and maybe later a weird relief because I held that fear for so long. I was scared for my life.”

Beyond dealing with the gravity of the news, Smith recalls being terrified of telling their devout-Christian mother and family.

“It had always been a fear of hers as well. Having a gay child—a Black gay child at that. She knew the statistics. It was hard seeing her grieve right in front of my face. She switched quickly to emotional support mode, but I definitely had to usher her through this before she could help me.”

But Smith’s newly discovered HIV status wasn’t all doom and gloom. “It gave me a new appreciation for life,” Smith says. “It changed my mortality. I didn’t want to walk around with shame, so I was open about it with friends and family from jump. Writing was a big part in helping me deal with my emotions in those early days.”

In short, Smith had found their power over the virus through storytelling.

“Telling people helped me through the process. It felt like an act of trying not to give it power before it grabbed hold of me. It felt good to deny stigma. Owning it from such an early stage. Not being public about it would’ve given me more space to revel in shame and woe. I wasn’t out here to be sad. I was willing to wear it on my chest. I still go through shit in private, but it’s all part of my experience.”

Smith’s work often functions as social commentary, employing the poetic form to force introspection. That is the essence of their brilliance.

did they dress or undress you for burial, kid?

your mother watches you choke a man into pleasure,
can’t look away, just misses her kid.

men gather in front of screens to jerk & mourn, kid.

i have the same red shadow running through my veins, kid.

in my blood, a little bit of your blood, almost siblings,

Their poem “recklessly” is dedicated to Michael Johnson, the former college wrestler who was sentenced to 30 years in prison for “exposing” sexual partners to HIV. The poem’s first five lines set the reader on a course that is both clear and not:

the bloodprison leads to prison

chest to chest, men are silent

you’re under arrest, under a spell

are you on treatment? PrEP (wats dat?)

Smith is a founding member of the Dark Noise Collective, a multiracial, multi-genre collective featuring some of the most exciting, insightful and powerful spoken word artists performing today. Smith is also the cohost—with fellow poet Franny Choi—of VS, a podcast sponsored by the Poetry Foundation and Postloudness. Smith’s third collection, Homie, will be published by Graywolf in the spring of 2020.

One thing Smith does know, though, is that they’d like to contribute to the breadth of queer and Black storytelling.

“There aren’t a lot of outlets telling the stories of queer people of color. I used to love anything Patrik-Ian Polk did. Noah’s Arc was one of my favorite shows. Today, you got Pose, which I also love, and that’s about it.”

When asked what they want for themselves as an artist in the long term, Smith opines on one of the late great queer Black storytellers.

“Essex Hemphill held the story of Black queer people in his hands with attitude. I hope to be more like Essex as I get older. He was a brilliant writer and an attentive editor.”

There’s no doubt Danez Smith is well on their way to becoming both. 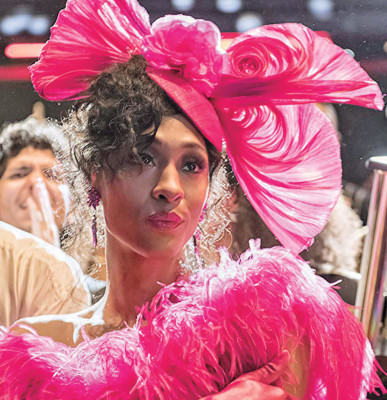 Mj Rodriguez in the FX series POSECourtesy of FX 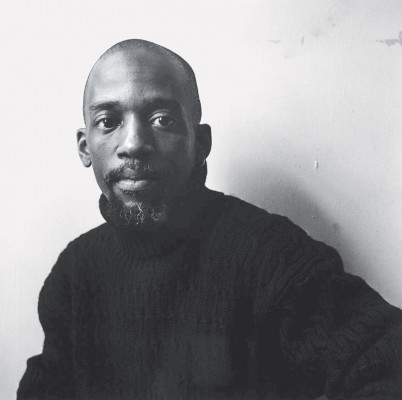