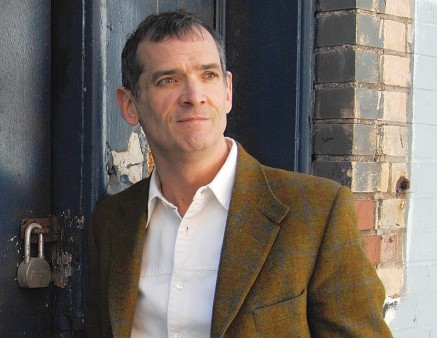 Editor’s note: This article has been updated to include more recent election results.

Election results are in, and this year, voters gave the HIV community reasons to be hopeful. POZ founder Sean Strub was elected mayor of Milford, Pennsylvania; Maine voters chose to expand Medicaid; and four transgender candidates won their races: Danica Roem won a seat in the Virginia State Senate, Andrea Jenkins and Phillipe Cunningham were elected to the Minneapolis City Council, and Lisa Middleton won a race for Palm Springs, California, City Council.

Strub is the executive director of The Sero Project, which advocates for reform of HIV crime laws. In May 2016, the Milford borough council had unanimously appointed him mayor.

Strub won the election this year with 54 percent of the vote, according to one of his Facebook posts, in which he also thanked his opponent, Nick May, “and his supporters, whose care and concern about Milford is deeply felt and who helped keep the campaign for mayor a constructive and informative one. I hope that Nick’s campaign and mine established a standard for how civil and respectful discourse, even in disagreement, can help enlighten and engage. Today, more Milford residents know more about their local government [and] are more interested and more involved than ever before. That is a good thing and bodes well for Milford’s future. For that, all the candidates are due credit.”

In Maine, voters made the state the first to expand Medicaid by ballot initiative, perhaps paving the way for other states to do the same. Expanding Medicaid through the Affordable Care Act (ACA, or Obamacare) increases the number of HIV-positive people who have health insurance and access to treatment (for more details, click here).

The Maine ballot measure won by a nearly 20 percentage point margin, The Washington Post reports, which means that nearly 70,000 low-income residents would get health care through Medicaid. It also means that the voting public wants exactly the opposite of what Republican lawmakers have been trying to accomplish all year—to repeal Obamacare.

Maine’s Republican Governor Paul LePage had vetoed bipartisan legislation to expand Medicaid under the ACA. Despite the election results, LePage said he would not implement the expansion unless the legislature found a way to pay for it, reports the Portland Press Herald.

In Philadelphia, civil rights attorney Larry Krasner was elected the city’s district attorney. The “completely unelectable” progressive nominee had made his career, according to The Atlantic, by suing law enforcement and representing groups like Black Lives Matter. He aims to reform the justice system, notably by keeping folks out of prisons and by getting access to health care to those dealing with mental health issues and drug addiction. AIDS activists say he’s also a champion of reforming outdated HIV crime laws.

Of note, Virginia’s Roem beat out incumbent Republican Bob Marshall who had introduced a so-called bathroom bill that aimed to limit transgender people’s use of public restrooms and who had called himself, according to The Washington Post, the state’s “chief homophobe.”

“Discrimination is a disqualifier,” said the victorious Roem. “This is about the people of the 13th District disregarding fear tactics, disregarding phobias . . . where we celebrate you because of who you are, not despite it.”

“As an African-American trans-identified woman, I know firsthand the feeling of being marginalized, left out, thrown under the bus,” Jenkins said in an acceptance speech on KMSP-TV. “Those days are over. We don’t just want a seat at the table, we want to set the table.”

In the Palm Springs City Council race, Lisa Middleton became the first transgender person elected to a non-judicial office in the state, reports the Desert Sun.

Although HIV did not seem to be a main component of these women’s campaigns, transgender women do have the highest rate of HIV of any population group in the country. For more about that in POZ, click #Transgender.

UPDATE: It has been declared that a Black transgender man also won a seat on the Minneapolis City Council. According to the Advocate, Phillipe Cunningham beat out a long-serving incumbent to represent the Fourth Ward on the council.