Preaching HIV Awareness in the Black Church on Day of Unity

Bishop Oliver Clyde Allen III of The Vision Church of Atlanta is no stranger to HIV awareness. He previously served on Obama’s Presidential Advisory Council on HIV/AIDS (PACHA) and serves on the Democratic National Convention’s LGBT Advisory Board. But that’s not all—as a national ambassador and consultant for an initiative called The Black Church & HIV (more on this later), he’s working to promote HIV awareness in the more than 21,000 Black churches throughout the United States.

Which brings us to this Sunday’s event: Day of Unity on July 15 is a push to raise awareness about HIV through the Black church.

The Black Church & HIV is a partnership between the National Association for the Advancement of Colored People (NAACP) and pharmaceutical giant Gilead Sciences, which makes several of the top HIV drugs. It’s a “national network of faith leaders, religious institutions and community members committed to making change and ending the HIV epidemic in Black America,” according to the intiative’s website.

On Day of Unity, the website states, “Faith leaders around the country will unite in the fight against HIV by preaching from the pulpit about HIV’s disparate impact on Black America.”

Allen says the event is a way to inspire pastors and other community leaders to utilize the pulpit as a way to discuss HIV in the Black community.

“We are most impacted by HIV,” he says. “While there has been a decrease in rates…particularly among white gay men, there continues to be a rise among young African-American males who identify as gay or same-gender-loving, and there continue to be high rates of HIV among Black women,” Allen says. “And so this Day of Unity is critical to unify our voices.” 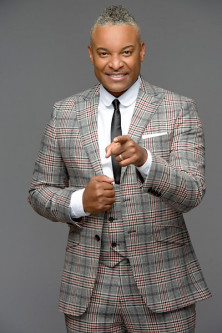 And HIV awareness in the Black church—Allen specifies that this includes more than just the Black Christian church—has deep roots that span decades. Black religious institutions, Allen says, “have been the rallying point for social justice movements in the United States. It is obvious, but it must continue.”

Allen says Day of Unity also addresses diversity. That’s important to stress, he says, because of the not-always-progressive atmosphere of these religious spaces. He views this as an opportunity for change.

Those who are involved with Day of Unity can expect to have a space to listen to and discuss information about HIV stigma, testing and general health awareness. Issues of mental and emotional health will be broached, and strengthening the voice of the community will be a focal point.

“What I do with my personal health is impacted by how I feel about myself, what I think about myself, what I think about my own life,” Allen says. “And so we are in the work every single week from the pulpit, in our church, in our faith community, building people’s lives. Because I know that if you build a person’s life, then you build their health.”

Allen stressed that Day of Unity’s message can’t be restricted to just one day of the year. It’s something that he and other clergy have been “pushing just about every Sunday.”

You can learn more about Day of Unity at TheBlackChurchAndHIV.org, where you can find faith leaders participating around the country, sign up to preach about HIV as a social justice issue and download a tool kit and promotional materials.

As Allen says about the website: “It’s not just for this one time. It also provides the information and the education and the access to all of the tools that are needed to have a conversation.”