Using ’HIV-Negative’ as a Substitution for ’Haven’t Been Tested’

A policy analyst for LGBT issues confronts his fears about HIV testing.

"Hello. My name is Preston, and I am HIV-negative."

Typically you would hear this statement from someone elated to discover that they are not HIV-positive. But since I think there is an inherent danger with congratulating and privileging an HIV-negative status, I do not ask for a warm welcome. Instead, I ask for your indulgence of something rather difficult to write: I am a liar. Admitting this is extremely frustrating, not only because I value honesty but because I value myself. So in the most forthright way I know how, I want to explain my story, and hopefully people in similar situations will know that they are not alone in this journey of life and decision making.

My first time meeting Sharon Lettman-Hicks, Executive Director and Chief Executive Officer of the National Black Justice Coalition, was during the Out on the Hill Black LGBT Leadership Summit last fall. During our first encounter, she said three simple yet powerful words that continue to reverberate in my mind: "Own your power." This is exactly what I intend to do while writing this post. And though divulging my truth may cause some disarray, it is my hope that this story will resonate with at least one person who understands that they should be neither embarrassed nor fearful of the known. In fact, the true fear, especially with HIV, is deeply entrenched in the unknown -- an unknown that can be changed in a matter of minutes.

During my second year at North Carolina Central University School of Law, I dated "William" for a few months. William and I had beautiful chemistry, one that I had not discovered in a while. He knew exactly what to say to illustrate that he was a listener. I have yet to forget the first time I overheard him talking to his friend about the importance of intersectionality; that moment, a smile immediately lit across my face. But this smile suddenly disappeared when he said three words to me while we were eating dinner: "I have HIV."

As I selfishly wondered what I should do in this situation (instead of picking up my wide-open mouth from what felt like a bomb being dropped), we continued to eat dinner until the silence became unbearable. We got into his car, and he drove back to my apartment. As he walked me to my doorstep, I invited him in to talk, hoping that I would be mature enough to have this conversation despite the potential outcome. I soon recognized that I was not.

William made his way onto my couch, and I offered him a glass of wine. No matter how slowly he sipped, I knew our relationship was quickly fading away. When he began to speak, I rushed to the bathroom. It was then that I realized I had no idea what I would do in this moment. What would I say? What would he say? How would I respond? Could I date someone with HIV? What was wrong with me? I took one hard look in the mirror and knew that even if I did not want to, I had to have this conversation, because he deserved it.

As I slowly made my way out of the bathroom, William asked me to sit beside him on the couch so that we could attempt to have the conversation that had started at dinner. He inhaled and said, "Preston, what does this mean for us?" After pausing for what felt like an eternity, I stumbled over possibly every word in the English language as I attempted to explain that I was a good person who did not want to hurt him. William then explained, "This is not the first time I have gone through this. As someone with HIV, I expect this to be the norm, unfortunately." Then, with a soft and gentle kiss on my forehead, he wished me a good night and drove home.

How could I blame him, though? Here I was, this self-righteous social justice advocate, afraid that I would become diseased by something I had yet to understand. Only thinking of myself, and not even considering my lack of knowledge about HIV, all I could remember was my life before meeting William, and though I loved him, I did not want anyone to ruin my "healthy" life.

William, in a perfect world, you will read this. If such a utopia exists, please realize that you are more courageous than I could ever be because you owned your power, owned your truth, and was unapologetic about both.

I am embarrassed to admit that until June 27, 2013, I used the "I’m HIV-negative" status as a substitution for "I haven’t been tested." Whereas I did not know my HIV status and could have been positive, I rejected William, a person who did the responsible thing by getting tested and telling me about his status. Hindsight is always 20/20, and in retrospect, I could not have been more privileged and arrogant for rejecting love because of my fear of the unknown.

When I walked into the health clinic in late June, the doctor asked, "So what brings you in today?" Nervously I responded, "Honestly, I have been lying to other people and myself, and I need to find out the truth." After he allowed me to cry, vent, admit my fears, and divulge my regrets, he administered my HIV test. No matter how many times protection was used during sexual intercourse, nothing could prevent my anxiety of the inevitable. Fifteen minutes later, the doctor grabbed my hand and said, "You are negative." Though I was relieved, it did not change what occurred previously, and it most certainly did not alter the way I felt about myself.

Why was I so afraid to be tested? I knew enough information to understand that death was not my immediate thought. Quite frankly, though, my biggest fear was not knowing love, but more importantly, I was afraid that love would never know me. So instead of being courageous and facing those fears, I hid and wanted to believe that not knowing would be better than finding out my status. Even worse, I hurt someone in the process who had similar fears but decided the known would be better than the unknown.

In 2009, I found myself immersed in LGBT policy and racial justice. In that moment, I fundamentally believed that I needed to work as a social justice advocate and be a change agent. But the first thing I needed to change was myself and the way I viewed sex, sexuality, and dehumanization. And though I find myself on that journey continuously, I welcome it. The way I treated William was unacceptable, the way I perceived sexual expression was unacceptable, and me using a negative status as a substitution for never being tested was beyond reproach.

An essayist and activist, Anti-Intellect, and I discussed the fact that "sometimes, it is difficult when we realize our personal and political I philosophies are not necessarily merging." As leaders we go through this difficulty often. However, we should not run away from the intricacies that make us human; rather, we must tackle them and challenge our own lack of understanding. As I write this with tears in my eyes, I thank my friends, colleagues, and mentors who have constantly challenged my thinking and caused me to be the advocate I am today. To the readers, if you do not know your HIV status, please get tested. It is not easy, but you will be better for knowing. I will not pretend to know everything about HIV, but I do know I will listen to the lived experiences of HIV-positive individuals to make sure that my personal and professional philosophies are blending.

Step one: admitting my wrongs and forgiving myself.

P.S. Thanks to Guy Anthony, author of (POS)+itively Beautiful, for our wonderful conversation that inspired me to finally be honest with myself and hoping to help at least one person with my personal testimony. 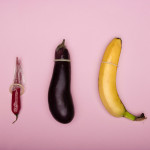 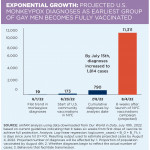 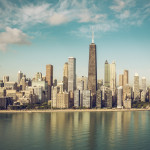 Nothing Is More American Than a 4th of July Parade