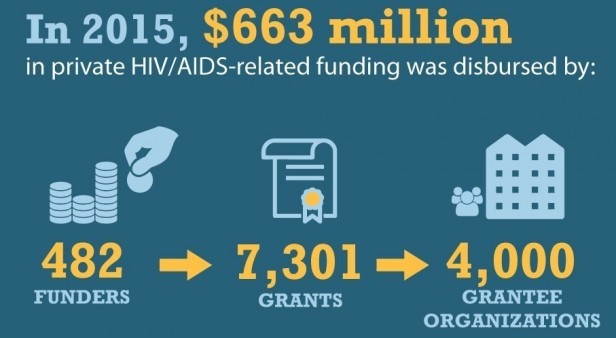 Private Funding to Fight AIDS Totals $663M, the Highest Since 2008

Who are the top 10 global funders, and where do those millions go? The FCAA’s latest findings will surprise you.

Global philanthropic funding to fight AIDS reached $663 million in 2015, the latest year for which data are available. This amount represents a 10 percent increase from 2014 and is the highest level since 2008, according to a report titled Philanthropic Support to Address HIV/AIDS in 2015 and published by Funders Concerned About AIDS (FCAA).

“Although the increase in philanthropic funding is encouraging, there is still much effort needed to ensure we have the resources necessary to meet global HIV and AIDS targets,” said John L. Barnes, FCAA executive director, in a press release about the report. “It’s important to note, too, that philanthropic resources allocated to fighting the epidemic are concentrated among a handful of donors, leaving the field vulnerable to the decisions and fluctuations of a relatively small group.”

Among U.S.-based foundations and corporations, HIV/AIDS remains a low priority for funding. Out of $78.3 billion in available philanthropic funds in 2015, HIV/AIDS-specific work received $558 million. This means that 71 cents of every $100 was allocated to HIV-related issues.

The 2015 increase in AIDS funding was mostly a result of the top funders increasing their level of donations. For example, Gilead Sciences gave $51 million more in 2015 than 2014. ViiV Healthcare, Children’s Investment Fund Foundation, Johnson & Johnson and M•A•C AIDS Fund were also notable for increasing their funding.

According to the press release, other key findings from the 2015 report include:

Download the 14th annual philanthropic report from the FCAA for free here.

According to the report, these are the top 10 AIDS funders for 2015:

This FCAA infographic summarizes a few of the report findings: 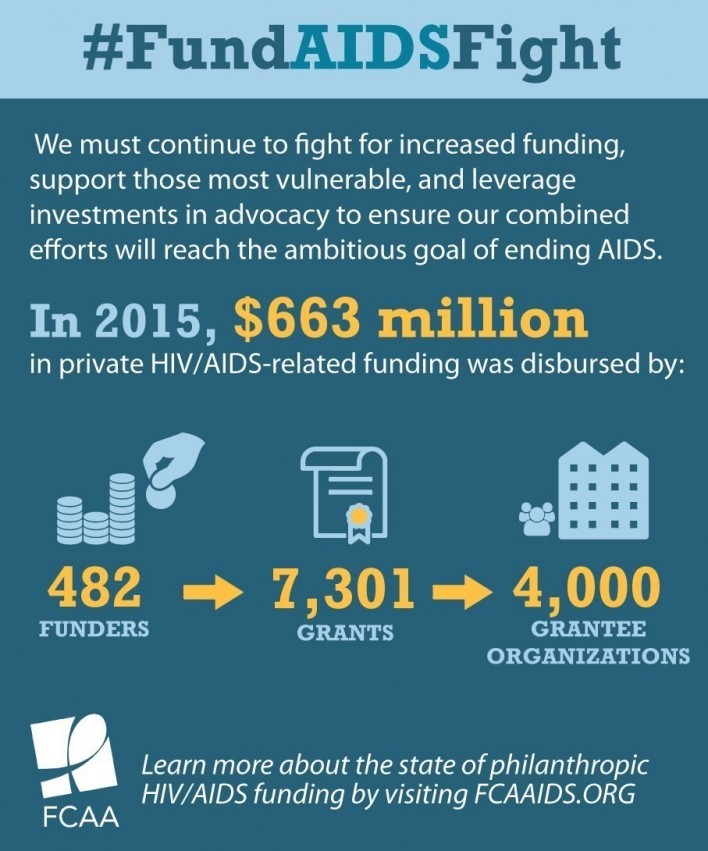