An HIV activist responds to an open letter to the CDC director over advocacy on PrEP patents.

During a session at AIDSWatch 2019 with Robert Redfield, MD, the director of the U.S. Centers for Disease Control and Prevention (CDC), several advocates voiced their outrage over Truvada pre-exposure prophylaxis (PrEP) patents that the CDC owns and has been hiding for years, as well as demands that the CDC address its use of stigmatizing language.

Tapping into the badass style of ACT UP activism that has saved so many lives, activists shouted down the director as he attempted to evade questions during the annual constituent-based national HIV advocacy event. It was a welcome sign that community advocates still have the resolve to speak truth to power and demand that the CDC continue to adhere to the Denver Principles, which ensure that the community play an active role in all matters that concern us.

And it was a brilliant strategic move — we know that the CDC is in negotiations with Gilead Sciences, the maker of Truvada, at this very moment regarding the patents it owns on TDF/FTC (Gilead’s Truvada) and that, without immediate pressure from advocates, there are strong indications that the deal will be woefully inadequate and finalized without any community input.

It was an uplifting scene for many of us who either witnessed the exchange in person or via video postings that made it into mainstream publications like the New York Daily News. However, NMAC executive director Paul Kawata seemed to have a different take on the activism when he sent out an open letter to Redfield.

In it, he appeared to be apologizing for the community advocacy:

“[Dr. Redfield] spoke at AIDSWatch and got called out by community. Welcome to the family. As a person who gets called out frequently, I know it can be confusing. HIV disproportionately impacts oppressed communities. We speak up and call out leaders because we are hurting. Bob, you’ve worked on the frontlines of the epidemic in Baltimore, so I know you understand. If you didn’t hear it, I want to say thank you for speaking at AIDSWatch. As messy and challenging as community can be, we are the only road to ending the epidemic.”

On the surface, these sorts of responses seem very nice. I myself have been that white guy who stands up at an event and calls for unity, saying “can’t we all just get along” or explaining that the people expressing anger in the room are just responding from a place of hurt (aka they’re being irrational).

But the problem is that when I do things like that, I am erasing the voices of advocates who do not have a seat at the same tables I do, who have lost faith that the systems as they currently exist will ever meet their needs or the needs of their communities.

Clearly, we can’t have all conversations turn to shouting, or we’ll never move forward. But events like AIDSWatch or the United States Conference on AIDS (USCA), which is organized by NMAC, are precisely the types of occasions where this advocacy strategy is fitting and should be embraced. And the current magnitude of the CDC PrEP patent scandal certainly calls for this sort of anger and a damning response.

To be clear, Dr. Redfield was called out in part at AIDSWatch because he is the lead representative for a government agency that has owned patents on TDF/FTC for PrEP since at least 2015 (after filing for them in 2007) and has failed to enforce them and dramatically scale up PrEP access to prevent HIV.

The CDC has had everything they need to wield their use patent to induce Gilead to reduce the price of PrEP, collect royalties from Gilead, and use that funding to pay for the services needed to help community members access PrEP — including support to address structural and social barriers — yet they have done nothing.

The CDC has, however, enforced the patents with generic companies abroad, but mysteriously they will not do the same with Gilead in the United States. Dr. Redfield, who is paid by U.S. taxpayers, was being held accountable for a scandal created by the agency he represents, which is reasonable and appropriate, particularly when the CDC continues to address this matter in private negotiations with Gilead, without community representation at the table.

Whether intentional or not, Paul’s letter diminished the voices of activists at AIDSWatch by framing them as “messy” and “challenging” and “hurting,” but this isn’t a matter of activists “hurting” and irrationally lashing out. This is a real, substantive policy scandal for which Redfield and the CDC must immediately answer.

If community partnership with the CDC is conditional based upon our orderliness and obedience, then that is not a partnership at all — it is a re-imposition of the same power dynamics that have failed to get PrEP into the hands of the millions of Americans who need it.

Rather than trying to smooth over and erase this advocacy, Paul and NMAC should be taking a strong stance on these patents and pushing Redfield and the CDC for answers.

In the same open letter, Paul calls to include community in all aspects of the new federal initiative to end HIV as an epidemic in 57 U.S. jurisdictions. That call must be inclusive of the secret negotiations happening between the CDC and Gilead right now regarding these patents and the future of PrEP access in this country.

Community advocates — and by community I mean specifically PrEP4All and the other activists who have unearthed these patents and moved this advocacy forward — have a right to be part of pricing and royalties discussions that will impact access to PrEP for years to come and will determine whether thousands of people from our communities will contract HIV or not.

It is especially important that NMAC, an HIV organization that benefits heavily from Gilead funding, take a firm stance on this to ensure that the organization has not lost its moral compass. We all struggle with the heavy presence of Gilead’s funding of community organizations — my salary has certainly included a significant portion of pharmaceutical funding over the years, and the very magazine that is posting this op-ed, POZ, is a significant recipient of pharma dollars.

But again, if our partnerships with government and corporate sponsors are contingent on our obedience, then we have lost our way as advocates. We are of value only to the movement if, in the face of overwhelming evidence of incompetence, neglect and abuse from government and corporate entities, we are able to effectively speak truth to power and reaffirm the Denver Principles in all matters that concern people living with and vulnerable to HIV.

Begging for scraps from Gilead — a corporation that earned more than McDonald’s in 2018 — may help many of us fund our salaries, but if it leads to our silence then ultimately we will never be able to achieve the substantive structural changes we need to sustainably end this epidemic for every community in America and around the world.

I do want to be clear following the criticisms in this piece: I respect Paul and the work he and other Washington, DC, partners do to advance community interests in federal policy discussions. It’s not easy work, and there are countless strategic and ethical conundrums within this national advocacy.

And in a time where we have so many enemies empowered under a Trump presidency and attacking marginalized communities, I do not believe that prolonged or bitter infighting is of strategic value. However, this is a moment in time where we need NMAC, AIDS United, the AIDS Institute and NASTAD to use their full power to pry open these negotiations and open the door to community.

We need immediate and full-throated support from all our DC policy partners right now, and I believe we must all commit to immediate, transparent deliberation on how to maintain our objectivity as “community” advocates and avoid becoming ethically compromised in a time where we are so heavily tied financially to the very government and corporate entities that continue to oppress the marginalized communities we purport to serve. 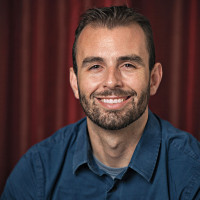 Jeremiah Johnson is a New York–based HIV activist. He is also the HIV project director at Treatment Action Group (TAG).