Truvada Whores and HIV Prevention: The Queer Communication of PrEP

An HIV-positive researcher reflects on the mixed messaging of pre-exposure prophylaxis.

HIV pre-exposure prophylaxis (PrEP) has emerged as a potent new tool in HIV prevention. Two narratives about PrEP—one in public health and other in community groups—both attempt to persuade us of their absolute truth.

Narrative One: Public Health and HIV in the United States

PrEP is a daily course of tenofovir and emtricitabine (combined in a single tablet known by its brand name Truvada) that has a significant protective quality after five days against HIV aquisition: up to 92 percent with medical adherence—newer research puts this number at over 99 percent. The current approved treatment plan is a daily regimen, to be implemented as long as the individual is potentially exposed to HIV. PrEP is seen as a potential solution to the disproportionate rate of HIV infection among certain communities – like African American, gay, bisexual, trans* and other men who have sex with men (MSM).

While PrEP is endorsed by the Centers for Disease Control and Prevention (CDC), the uptake of the intervention has been slow. One factor is that gay and bisexual men may not consider themselves appropriate candidates for PrEP. Another is a lack of medical doctors prescribing PrEP to patients. More research needs to be done in this area, but the reluctance could be due to lack of training with the medication regimen or the ancillary health issues that must be incorporated into the clinical interaction (such as sexual health).

Another factor could be the lack of knowledge within the gay community about the availability of PrEP, especially outside of for HIV epicenters: San Francisco, Los Angeles, New York City, and Miami. An unexpected voice against PrEP has been a rising discourse on “Truvada whores” or “PrEP whores,” amplified by the critique of certain HIV service providers.

Narrative Two: The Case Against Truvada and PrEP

Truvada is currently the only the drug approved for PrEP. As a product of Gilead Sciences, Truvada has been a critical part of HIV antiretroviral (ARV) treatment. As ARV treatment has progressed, new ARVs have become available, leading to alternatives to Truvada. Finding a new use for the product is a profitable direction for Gilead Sciences. By having Truvada as PrEP approved as a clinical intervention, the cost of the drug is covered by third-party payers including health insurance and government-subsidized programs.

Another argument against PrEP is the assumption that it will undermine traditional approaches to HIV prevention. In the course of the HIV epidemic in the United States, HIV prevention tactics have emphasized individual behavior change, population-based social marketing and education initiatives, and an emphasis on health care access and support services for people living with HIV including pregnant women.

PrEP is often referred to in presentations as “a pill a day to prevent HIV.” This simplification is done, perhaps, to encourage its use. Encouraging people to see PrEP as a simple pill once daily (perhaps similar to vitamins?) will reduce the potential fear of a new medical treatment. Critics of PrEP have admonished this framing, as Truvada is a powerful medication with side effects, including nausea, difficulty sleeping, potential damage to liver function, and the possibility of viral resistance development. Its ongoing use can have long-term impact in people’s lives, and the reduction to “a pill a day” minimizes that impact.

I want to resist the seductive totalizing power of these two narratives: the discourse of public health and large AIDS organizations. I see several discursive possibilities for individuals within the language of the “Truvada whore”: slut shaming, reclaiming the inner whore, and mourning the loss of condoms.

It started in San Francisco, whispers online about the “Truvada whores,” those gay and bisexual men who took part in the PrEP trials. At the start of the trials, the research team had to recruit, informing the community of a new prevention intervention. Promising initial findings were highly publicized in local and national media outlets.

Slut shaming is not a new phenomenon. The concept of slut is value-laden, the slut cannot be trusted, is not worth knowing, and must be shunned from society. The Truvada whore is a form of slut shaming. It insists that those who use PrEP are somehow taking a prevention shortcut, a copout from the responsible use of condoms. In this framework, gay men using PrEP deserve to be shunned—socially and sexually. The irony of this construction is that gay men living with HIV are usually stigmatized as sluts. Therefore, both health outcomes—the use of PrEP to prevent HIV acquisition and an HIV infection—lead to the label “whore.”

In the HIV epidemic, slut shaming can be problematic, as it has a tendency to silence discussions about sex amongst gay men. Gay men have had decades of promoting discussions about gay sex. These conversations have been particularly important in developing community norms around sex, and communicating sex practices in a heteronormative world where young queer people are not taught the intricacies of same-sex sex.

My friend is on PrEP. We spoke at brunch about it; he was tentative about admitting that he had been taking it, even with his boyfriend. In past interactions, people ask why, assume that he and his boyfriend are not monogamous, and judge the quality of his relationships and his own potential sex. At least that’s how he feels, under a barrage of questions. Exasperated, he asks, “Do women ever get this many questions about birth control pills?”

“They used to,” I say sadly, “now it’s mostly just the young ones that get judged.”

Claiming the “Truvada Whore” label is a clear way of re-inscribing the term with another value. The tactic recalls the use of explicit HIV tattoos for people living with HIV. The tattoos are used to reclaim social value about HIV labelling—they serve to proclaim the stigmatized identity proudly rather than living in fear of being discovered. By employing the PrEP whore label, gay men on PrEP could be diminishing the negative social aspects of it.

Grieving the Loss of Condoms

The condom has been celebrated as an integral tool to gay sex for three decades. The relationship to condoms is peculiar to gay men, who do not necessarily incorporate other prophylactic options (e.g. birth control pills, etc.) into sex. While lubricant is a key tool in many gay sex encounters, these are rarely provided alongside condoms in free dissemination programs. Condoms, therefore, have been the primary socially acceptable companion for gay men when pursuing sex. The use of PrEP may make the condom optional for gay men utilizing PrEP successfully.

Within this framework, PrEP potentially represents the ambivalence of loss—the loss of condoms in gay sex. Since the early 1980s, condoms have been portrayed as a sexual sidekick, that condoms made sex “hot” and that they serve to protect. When condoms are removed, what is lost? This loss is legible as part of the AIDS literacy of gay men. Could this be driving some parts of the gay community in actively rejecting PrEP and its use among other gay men?

Towards a Conclusion: Sex Spaces

The limits of public health knowledge and nuance about queerness could impact the uptake of PrEP. Every part of queer life—whether identified as gay, MSM, bisexual, trans, straight, down low, etc.—has unique ways of communicating to sexual partners and social networks. There are shared values and common experiences that frame these groups and connections. Without the knowledge and practical use of these communication patterns, public health programs and service organizations will be like a small dog barking at the door: everyone hears it but few understand the message.

The gay community’s struggle with PrEP is magnified by institutions attempting to assert values about gay sex. Clinical health options are not neutral; nowhere is this more clear than PrEP. In this case, gay organizations, health agencies, and public health discourse all work to construct PrEP as either unsafe and problematic, or simple, easy to use, and necessary to end the HIV epidemic. 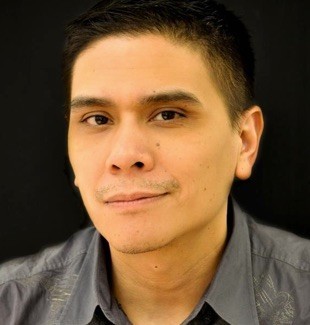 Andrew Spieldenner, PhD, is assistant professor in the Rhetoric Department at Hofstra University, an officer of the United States People Living with HIV Caucus, and the lead coordinator of the GNP+/NA domestic implementation of the HIV Stigma Index.

Click here to read his 2014 opinion piece on living with HIV.