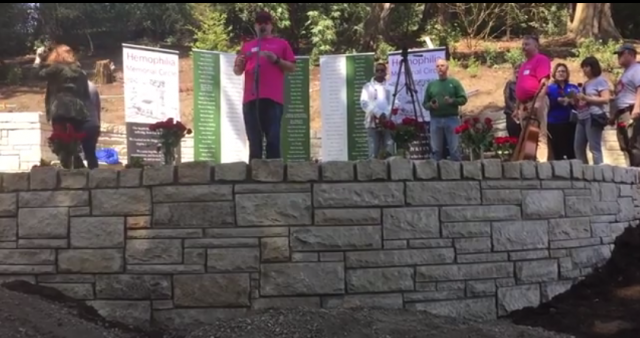 The Hemophilia Memorial Circle is a permanent addition to the National AIDS Memorial Grove in San Francisco.

Hundreds gathered at the National AIDS Memorial Grove in San Francisco for the dedication of the Hemophilia Memorial Circle, a permanent addition that honors those lost to the HIV/AIDS epidemic who also had hemophilia.

Participants read the names of people who had hemophilia and died of AIDS-related complications. The names will be inscribed into the memorial and included as part of the World AIDS Day ceremony, December 1, according to a press release from the Hemophilia Federation of America (HFA). 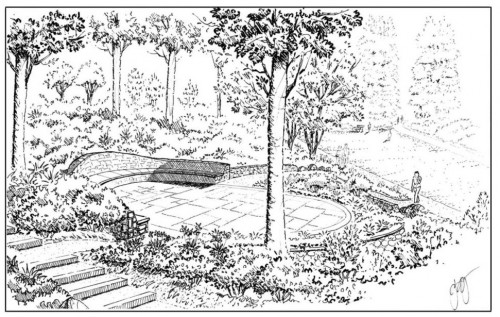 Hemophilia is a genetic condition that prevents a person’s blood from clotting. In the 1980s, when HIV first struck, people with hemophilia relied on a medicine called clotting factor that was derived from a large public blood supply that became tainted. According to HFA, 90 percent of people with severe hemophilia contracted HIV from contaminated factor.

One of the most public cases was that of Ryan White, the teenager who became the public face of HIV when his school would not admit him because of his HIV. He died in 1990; a federal program that provides HIV services is named after him.

“For decades, I have worked side-by-side with brave and dedicated people to tell Ryan’s story and stories of those like him,” said Jeanne White-Ginder, Ryan’s mother, in the press release. “The construction of this memorial—inside the National AIDS Memorial, which has already brought hope to so many for decades—is a long overdue acknowledgment of those in the hemophilia community who lost their lives so tragically.”

“The story of AIDS is a story of darkness and a story of light—of hope, healing and gratitude,” added John Cunningham, executive director of the National AIDS Memorial. “One of these stories is that of the hemophilia community, which nearly 30 years ago suffered through the loss of thousands of lives. Each name inscribed here will tell a story of a person who was loved, and who was gone too soon. Telling their stories we help future generations understand the past and use those lessons to shape a better tomorrow.” 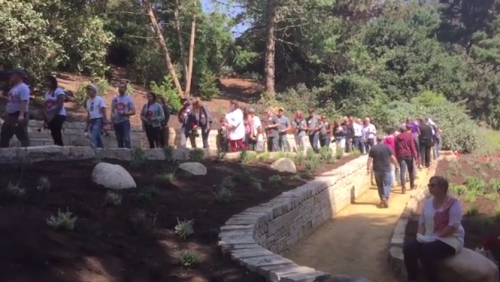 To learn more about the grove, visit AIDSMemorial.org.