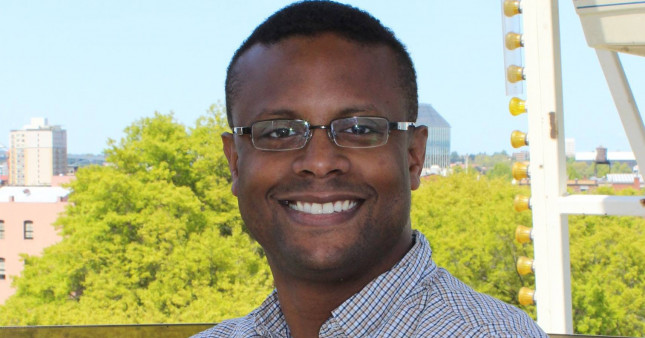 His presence on The Real World — and his legacy in advocacy — offers us a story about Black gay boys who dream, then fight.

Visibility in popular culture can be a risky endeavor for marginalized folks. The platform offered by a mass audience gives one an immediate megaphone. How can it not be seductive to have an opportunity to move hearts and minds, if not policy and funding? And yet, you are scrutinized and picked apart, carrying both the burden of history and representation on your shoulders. This pressure can be crushing. However, when done right, worlds open up.

Sean Sasser got it right. Let us reflect back on his legacy on his 51st birthday, which is October 25.

Already a well-respected advocate and educator when he first appeared on the third season of MTV’s The Real World: San Francisco, Sean offered a critical counter-narrative around how Black gay men and people living with HIV were imagined and depicted on television. Though not a regular cast member — he was the partner of Pedro Zamora — Sean’s impact was significant. 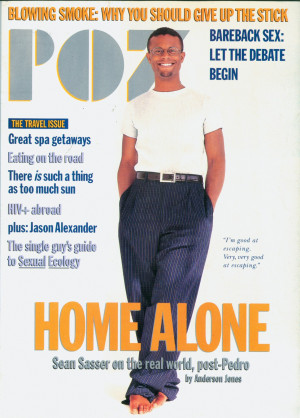 Each season, particularly at its peak, viewers tuned in to see “7 strangers picked to live in a loft” and share themselves with the world so that the viewers can “find out what happens when people stop being polite and start getting real.” This show, the great-granddaddy of reality show television, and a defining moment for Generation X as we learned about ourselves through watching the stars of the show navigate the same stuff we navigated.

The Real World: San Francisco introduced Pedro Zamora (one of the first openly gay men living with HIV to be portrayed in popular media, and certainly one of the first gay men of color). On the show, we witness the journey of Pedro’s relationship with Sean, culminating in their commitment ceremony, a television first. Seeing two gay men of color in love, offered a generation of us a vision of what the possibilities were for us in the world.

Sean’s presence on The Real World, as a Black gay man, shattered assumptions as he projected dignity and grace, shattering stereotypes not by assimilation but by transcending them. He offered inspiration to those of us who had been pushed into the margins. The fact that the popular sketch comedy show In Living Color (one notable sketch “Men on Film,” trafficked in many anti-gay stereotypes) broadcasted on the FOX network, would be going off the air as The Real World: San Francisco would premier.

Sean, through his presence on The Real World — and his legacy in advocacy — offers us a story about Black gay boys who dream, then become Black gay men who fight. Robbed of his voice, he found it as an educator and an advocate, and though he perhaps did not know it at the time he spoke not only for us but to us. Sean demonstrated that whether you whisper or yell, the content of your message is as powerful as its volume.

For many of us, including Black gay boys that grew up watching The Real World, bearing witness to his story and the fullness of his narrative provided an example and blueprint for what it meant to be Black and gay.

Sean aspired to be an archaeologist in his early life. We too should act as archeologists excavating in our movement history the forgotten memories and lessons learned to guide our current efforts. And we must continue to amplify the names of those who came before us. Additionally, we must continue like archaeologists putting the pieces together to let the next generation and even ourselves know; we, too, exist and are not extinct. Thank you, Sean.

Marvell L. Terry II is a program manager at AIDS United and Charles Stephens is the founder and executive director of the Counter Narrative Project.