The cast of “Merce,” starring Charles Sanchez Courtesy of MerceTheSeries.com

Season 2 of the web series launches with a sassy new song and cameos by HIV luminaries.

Our long national nightmare is over. It’s true: Our wait for new episodes of Merce is finally coming to an end! Merce—everyone’s favorite over-the-top, singing-and-dancing middle-aged man with HIV (and former POZ cover boy)—returns this month for season 2 of his delightful web series. We could really use the laughs.

Coproduced by Charles Sanchez (who stars as Merce and writes the episodes) and Tyne Firmin (who costars, in drag, as Mama and directs the show), the musical series follows Merce on his quest for love and self-acceptance.

The eight new episodes drop at once, on Tuesday, January 21, with a screening party January 22 at the LGBT Center in Manhattan. But team Merce offers us a sassy sneak peek in the form of the all-new song and video “Bless Your Heart,” which you can watch above.

For some context, the song arrives in the new season’s episode 6, titled “Lord Help the Mister Who Comes Between Me and My Sister.” In the video, Mama (Firmin) and Aunt Bless (Mark S. King—yes, the blogger and POZ contributing writer) explain the subtle Southern art of saying “Bless your heart.” The number includes Fabulous Fairies Alex Lawrence, Sean Griffin and Alexander Tomas, with an arrangement by Brian Lydell; original songs for the second season are composed by Rob Hartmann and Adam J. Rineer. Oh, and this version has been bleeped, for your protection! (You can watch the uncensored version here.)

Sanchez and Firmin launched Merce in 2015. You can watch the series for free on Vimeo and YouTube and find links and more info on MerceTheSeries.com. 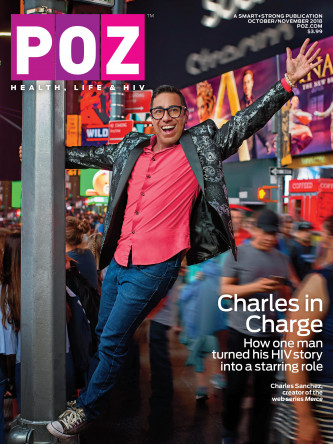 The October/November 2018 cover of POZ

Sanchez grew up in Phoenix and tested HIV positive in the early 2000s while living in Little Rock, Arkansas (he learned his status after waking from a drug-induced coma). He now lives in New York City. You can read more about his story in “The Role of a Lifetime,” the cover story from the October/November 2018 issue of POZ.

In that interview Sanchez told POZ that in the first season of Merce, he “really wanted to show a character living with HIV who wasn’t sad, sick or dying. Merce is looking for love and self-acceptance, just like everyone else. And no one in his circle of family and friends treats him differently because of his HIV. That was an important thing.” 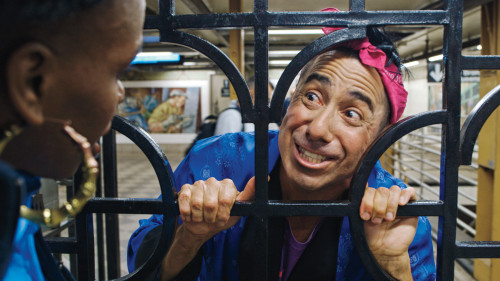 A scence from season 2 of “Merce”

Season 2, he promised, would tackle more issues but also feature cameos by HIV luminaries, such as the aforementioned King as well as POZ blogger Shawn Decker and PrEP advocate Damon Jacobs.

“You know, when Trump was elected, I thought, Now Merce is important,” Sanchez said. “To get a character out there who is really gay and HIV positive—that’s important.”

Now that we’re facing another election year, it looks like Merce has returned just in time, high kicks and all.