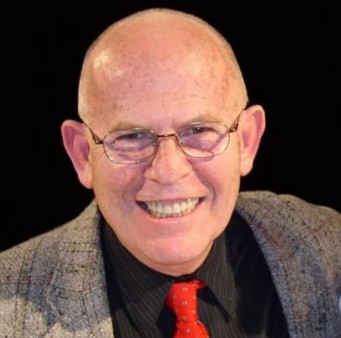 Nominated for a Tony Award, the groundbreaking “As Is” was produced shortly before Larry Kramer’s “The Normal Heart.”

The playwright William M. Hoffman, whose As Is was one of the first plays to deal with the AIDS epidemic, died of cardiac arrest in the Bronx, reports The New York Times. He was 78.

Produced by the Glines, a gay theater company, As Is opened in March 1985 at the Circle Theatre in New York before moving to Broadway on May 1 of the same year. As Is was nominated for a Tony Award for best play and won a Drama Desk Award and an Obie Award for outstanding new play. The story follows a gay couple who break up but then rely on each other when one of them is diagnosed with AIDS and experiences discrimination from doctors, friends and family.

In 1986, As Is was made into a Showtime television movie starring Robert Carradine, Jonathan Hadary and Colleen Dewhurst.

Hoffman also was nominated for an Emmy Award for his work on One Life to Live. Earlier in his career, he was a book editor who published gay and lesbian playwrights. In recent years, Hoffman was the librettist for the Metropolitan Opera’s production of The Ghosts of Versailles.

According to the Times obit, he was also a professor of journalism, communication and theater at Lehman College, part of the City University of New York (CUNY). He hosted a television series, Conversations with William M. Hoffman, on CUNY TV, during which he interviewed notable theater and musical stars. You can view many of those episodes on YouTube.

Larry Kramer’s AIDS play, The Normal Heart, also opened in the spring of 1985 (though it did not play on Broadway until a 2011 revival). That play portrays New York City Mayor Ed Koch in an unfavorable light. In a 1985 New York Times review of The Normal Heart, Frank Rich notes that when asked about that play, Koch responded through a spokesperson, “I haven’t seen the play, but I hope it’s as good as As Is, which is superb.”

Hoffman is survived by his husband, William Russell Taylor II, and a brother, Edin Hoffman.