Jason Domino and Kayden Gray are taking the lead on promoting PrEP and U=U in the adult film industry.

Jason Domino and Kayden Gray, two London–based sex workers, are committed to educating the public about HIV prevention. They are not alone. They represent an army of sex workers who have put themselves on the front lines of HIV advocacy around the world.

Gray is also a gay adult film performer, but he has taken the rare step of being public about the fact that he is living with HIV and undetectable. His disclosure has meant a loss in his studio bookings, but it has also provided a massive opportunity to educate others. Gray has taken that opportunity and embraced it. 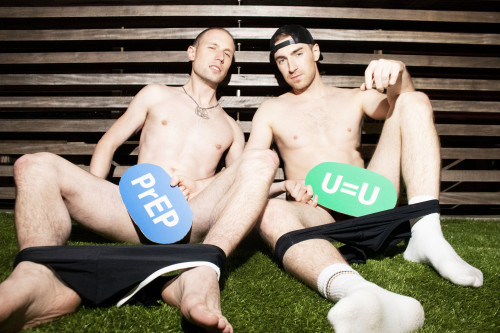 “The pledge asks studios to handle this differently,” Domino added. “Adult videos are making an effort to use undetectable performers.” The straight industry, however, tends to be more “paranoid,” Domino said. “I’ve been involved with the straight world, where there has been more stigma against people living with HIV. There are unions suggesting that people living with HIV are lying to people.”

Gray sees his work as modeling behaviors that should be adopted by anyone negotiating sex. “This pledge changes the narrative,” he said. “For people who have HIV or who might have it in the future. It models the conversation and behaviors. If you are going to have condomless sex, here are the risks and this is what U=U means.”

Their advocacy has had real costs to their careers and livelihood, and in personal ways as well.

“I have suffered a big loss of potential for making money,” Gray said. “Two years ago, I was very aggressive about the promotion of sexual health, and it just wasn’t sexy. I was so preoccupied, and it was taking up a lot of space in my mind. I lost my libido. I had almost stopped filming, for almost a year. Now I’m bouncing back.”

“It gets so intense,” Domino added. “People have you in a box as the advocate rather than the sexy guy.”

“And people don’t want to see political statements on your Twitter,” Gray said.

Domino is working toward a combination of his sex work and his advocacy. “Mixing these two identities is the aim,” he said. “Showing a happy, healthy sex life, and without side effects from PrEP.” 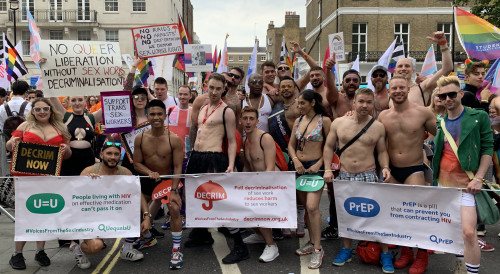 Where their two approaches diverge is in their use of condoms on video. Domino performs without using condoms, as a way to be open about the efficacy of PrEP, while Gray, although undetectable, sticks to condoms on video.

Both Gray and Domino take their position as front-line sex workers and educators very seriously. They have both served as one-on-one educators a number of times.

“A majority of my sex work clients are people in conflict with their faith, or dealing with a chemical dependency, or people who are disabled and treated as undesirable,” Domino said. “I explain PrEP, and also things like HPV, and talk about vaccination. Each one of these groups have a kind of therapy needed. Sex brings up a lot of things.”

“When it comes to HIV, I find myself educating people one on one,” Gray said. When someone tells me they want only people who are HIV negative and ‘clean,’ then they are not well educated. I refuse to meet people until they have done their homework. They have to feel comfortable about my being undetectable. I’ve grown into the position of educator.” The responses can be mixed. “People have called me an ‘AIDS whore,’ and sometimes they come back and apologize.” 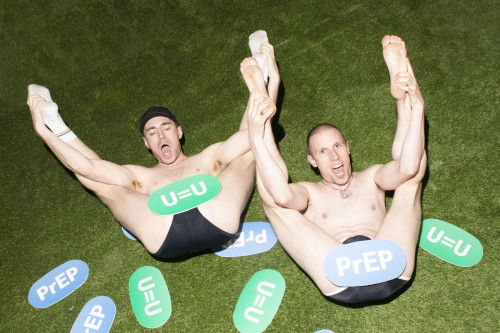 “I think HIV advocacy is very important, because it gives everyone equal opportunity to love and to be touched and have sex, all the things we are hardwired to need,” Gray said. “A lot of HIV-positive people don’t have that. We have a real shot at normal. Normal, as in equal. Every day I have to struggle and battle for it. Please, read up and open yourself up to these messages we are working so hard to deliver to you. Second, in the last year, I have been targeting the shame we feel as being sexual, being gay, and that is rooted in bias. I would like to create a culture in which we are not ashamed.”

“The HIV charities need to listen to the voices of sex workers,” Gray said. “There are many activists in this industry, and we are frequently erased from the story as if we are not on the front lines of progress.”

Gray is proud of the contributions people in his industry have made in the fight against HIV. “With PrEP, it was largely sex workers who got messages out there,” Gray said. “Sex workers have been activists for a long time.”