Transforming the more common type A blood into type O could build up blood supplies and reduce shortages around the globe.

People have one of four main blood types: A, B, AB or O. But type O blood is considered universal for transfusions because it’s compatible with all blood types. Now, scientists have revealed that with the help of two bacterial enzymes produced in the human gut, they are able to convert type A blood into type O, according to new findings published Nature Microbiology, reports Science Magazine.

Blood types are determined by unique sugar molecules known as antigens on the surface of red blood cells. Previously, when scientists tried to alter type A blood by removing its particular antigens, they were largely unsuccessful. (This is because enzymes known to strip away the antigens couldn’t do so economically enough.)

For the study, scientists at the University of British Columbia (UBC) in Vancouver checked bacteria in the human gut by collecting a human stool sample and isolating its DNA. Researchers believed that the specimen would include genes that generated the bacterial enzymes that digest sugar-protein combos called mucins. (Some gut bacteria eat mucins, which line the gut wall and are similar to the ones on red blood cells.)

Next, investigators diced the DNA and loaded different pieces into copies of a bacteria commonly used in labs. Then scientists monitored the microbes to see whether any of them made proteins capable of removing type A–defining sugars.

After testing two of the enzymes produced, researchers discovered that the sugars came off immediately. Furthermore, when tiny amounts of enzymes from a specific gut bacterium were added to a unit of type A blood, its sugars were also removed.

“In the future, we hope these enzymes will be widely deployed for the production of enzymatically converted universal donor blood directly after blood donation,” said Peter Rahfeld, a postdoctoral fellow at UBC. “In addition to their use in [red blood cell] conversion, we plan to test the use of these and related enzymes in the removal of antigens from other important cell surfaces and tissues.”

For now, though, scientists will focus on perfecting converting type A blood—which is more common than type B—into type O. In doing so, researchers hope to build up blood supplies and reduce shortages around the globe. 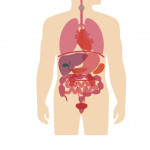