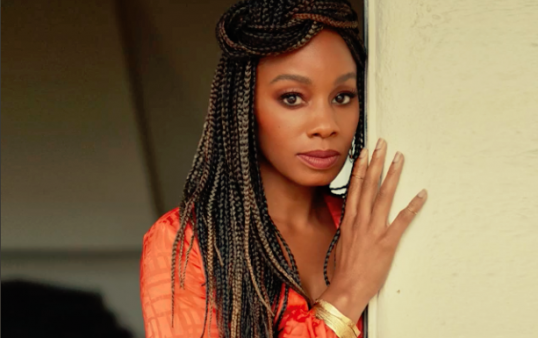 What are the pivotal experiences of Black women? How do Black cis- and transgender women see themselves and want to be seen by others—and how does this relate to their health and well-being, to stigma, power and HIV? Such are the topics explored in Season 3 of ViiV Healthcare’s Being Seen podcast.

The 10-episode weekly podcast is hosted by actress and singer Anika Noni Rose, who plays Regina in the Netflix hit series Maid. She also won a Tony Award for Caroline, or Change, starred in the movie version of Dreamgirls and is also known as the voice of Tiana in Disney’s The Princess and the Frog.

The podcast “is about how we as people, specifically Black women, want to be seen and how we are actually seen,” Rose explained recently on Live With Kelly and Ryan (watch the clip below or on YouTube.) “We’re talking about how we can change the stigma and the bias that is moving through the world so rapidly and pervasively, particularly in the media.”

When asked to describe how she thought non-Black people see Black women, Rose answered, “The stereotypical universal way is that Black women are strong. We can make it through anything. And that hurts us when we go to the hospital and say we’re in pain but the doctor doesn’t believe you’re in pain, so they don’t give you a medication because You’re fine; she’s exaggerating; she can take it. Or it hurts you when you’re going to give birth and you say something is wrong and the doctor doesn’t believe you.… And it hurts you in the general everyday world when people are suffering from depression and other issues and they’re unable to be seen in that space.”

Rose also spoke about the podcast last week on an episode of The Wendy Williams Show:

In each of the Being Seen episodes, Rose is joined by other Black women to discuss how representation and self-definition can impact stigma and stereotypes. So far, three episodes have been posted. All the episodes are free and available on Apple and Spotify as well as on the show’s website BeingSeenPodcast.com.

“Being Seen is an in-depth exploration of culture’s role in resolving the tension between how we are seen and how we see ourselves,” explains the website. “It is a space to explore current cultural representations and their impact through conversations with leading artists, writers, activists, entertainers and community leaders. If we create nuanced and accurate cultural portrayals of identity and experience, we have an opportunity to reduce stigma and change perception, impacting everything from HIV to institutional inequality.”

The website also offers a brief description of the three episodes currently posted:

“Power” (Episode 22): An exploration of power. How we use it, how it can be used against us and the many ways it manifests in our lives. Featured in this episode are singer and actress Ledisi and author Roxane Gay.

“Responsibility” (Episode 23): What are we asked to be responsible for? Do we assume our responsibilities willingly or are they placed upon us? A conversation on the many things we have been asked to carry. Featured in this episode are Sydney Barber, Tiya Miles and Martha Jones.

“Health” (Episode 24): A conversation about health and care, with a focus on mental health. How can we create the spaces and systems needed to dismantle stigma for ourselves and for each other? Featured in this episode is Taraji P. Henson.

The podcast series is produced by Harley & Co. and created in partnership with ViiV Healthcare, a joint venture focused on HIV formed by pharma companies Pfizer, GlaxoSmithKline and Shionogi.

Previous seasons of the podcast focused on Black men. For more, see the POZ article from May 2021 titled “‘Being Seen’ Podcast Highlights Queer Black Male Perspectives.”