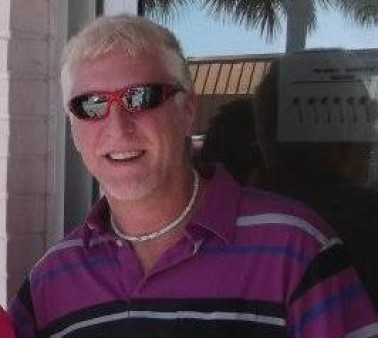 Raised in the mountains of rural West Virginia, there were no places where I could be myself as a young gay man. I had the opportunity to skip my senior year of high school year and begin college early, so I did that in order to get away.

Life took me to a number of places over the next few years. I ended up being diagnosed with HIV while living in Spokane, Washington, at age 22. At that time, the average life span upon diagnosis was two to four years. I was told I had maybe five years, if I quit smoking.

A year later, I left Washington a little unsure of whatever life I had left. I sort of went into denial and tried to put HIV in the back of my mind, where I could just ignore it.

Fortunately, a couple of years later, life took me to the Charlotte, North Carolina, area, where I finally sought medical attention. I stumbled upon a brand-new double-blind study for a yet-to-be-approved drug called 3TC or lamivudine. The study made a dramatic change in my health. For nearly a year I was on what ended up being a combination of 3TC and AZT, the first combo therapy that really worked.

I met a wonderful man shortly after I moved to the Charlotte area, and we have now been together for more than 24 years. He has been super-supportive of me as I have battled to enjoy a healthy life. He remains HIV negative, so we know that couples, regardless of status, can make it in this world.

I can definitely say that I have enjoyed my wonderful life so far, in spite of HIV. I am 47 and plan on being here for many more years.

In addition to religiously following my medical regime, I feel the most important part of my successful longevity with this disease has been having a supportive partner, supportive friends and an absolutely POSITIVE attitude about life.

Happiness is not an accident in life. It is a choice!

What is your greatest regret?
I have no regrets. Life happens at its own pace and we can only do our best. All that has happened has made me who I am. And I like that person.

What keeps you up at night?
I am early to bed and early to rise. (I thought Ben Franklin said that I’d end up healthy, wealthy and wise…Hmm, what happened there?)

If you could change one thing about living with HIV, what would it be?
If I could, I would change the way people often still stigmatize HIV and those affected by it.

What person in the HIV/AIDS community do you most admire?
I admire Magic Johnson for his bravery and willingness to share his story with the world from the huge platform that life brought him.

What drives you to do what you do?
Love of life is what drives me every day.

What is your motto?
Happiness is a choice.

If you had to evacuate your house immediately, what is the one thing you would grab on the way out?
Assuming my partner and pets were also out, I would try to grab our footlocker of photos and life memorabilia.

If you could be any animal, what would you be? And why?
I would be an eagle so that I could soar above the earth and see the beauty of God’s creation from a vantage point a little closer to heaven.