Smoking Drives One Fifth of Cancers Among People With HIV

Researchers strongly advise those living with the virus to quit cigarettes.

Nineteen percent of cancers among people living with HIV in North America are likely caused by smoking, aidsmap reports.

Publishing their findings in the journal AIDS, researchers studied data on 52,441 HIV-positive members of the North American AIDS Cohort Collaboration on Research and Design consortium. Between 2000 and 2015, these individuals contributed a cumulative 270,136 years of follow-up, or a median of 3.8 years. The majority of them were on antiretroviral (ARV) treatment.

The study authors stressed the importance of HIV-positive individuals quitting smoking to reduce their risk of cancer. 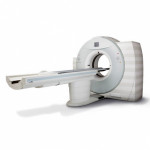 I have smoked for many years. Should I get screened for lung cancer?